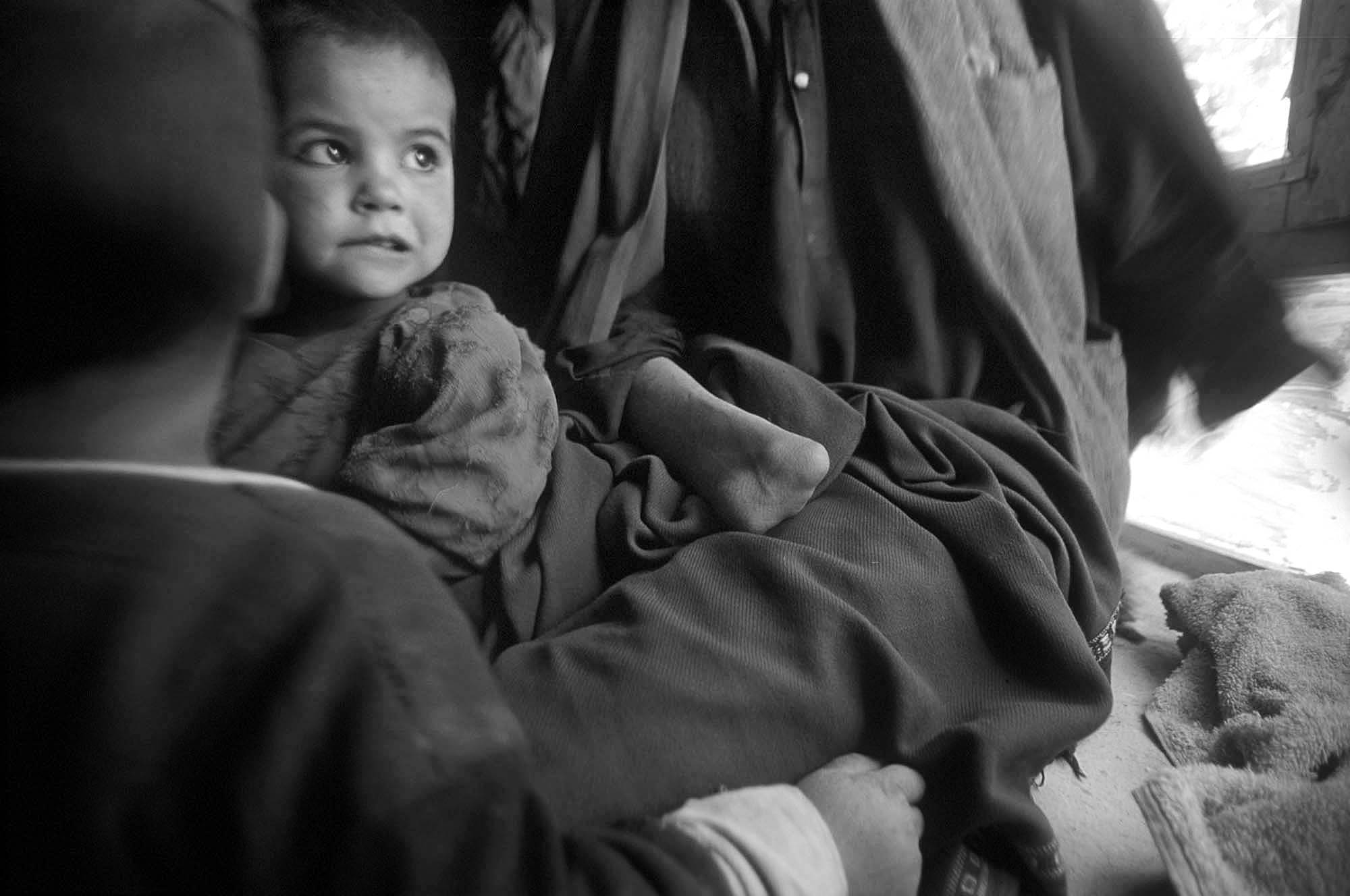 
Life under the Taliban/ Landmine Victims: Abdullah, a landmine victim, sits with his son and daughter at home in Logar province, Afghanistan, May 2000. For seven years, Abdullah was involved in fighting on behalf of the mujhideen, and stopped only when he lost both hands and his sight when he leaned on a landmine in an attempted attack on the Russian troops. He looks at the war now, and thinks "..fighting is totally wrong. It is worthless--just killing each other. It increases the number of widows, and the number of disabled. Abdullah has received vocational training from CDAP, an NGO for landmine victims, and earns minimal money as spends most of his days sitting at home with his children. Signs of 20 years of war plague Afghanistan's infrastructure and culture and affect every realm of life.