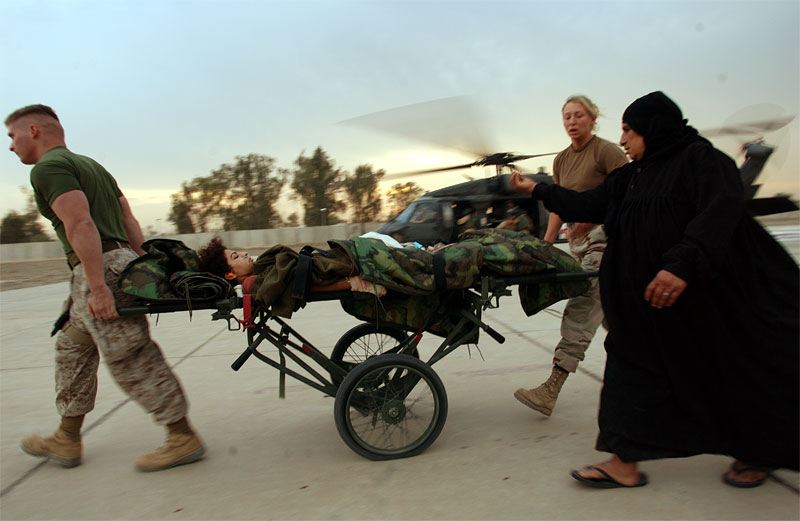 
An Iraqi woman runs after her daughter as they arrive on the helipad at the Balad Hospital after their house was hit by mortars, injuring both of her daughters in Iraq. Hundreds of wounded soldiers have come through the military hospital for emergency treatment since the seige of Falujah began in early November.