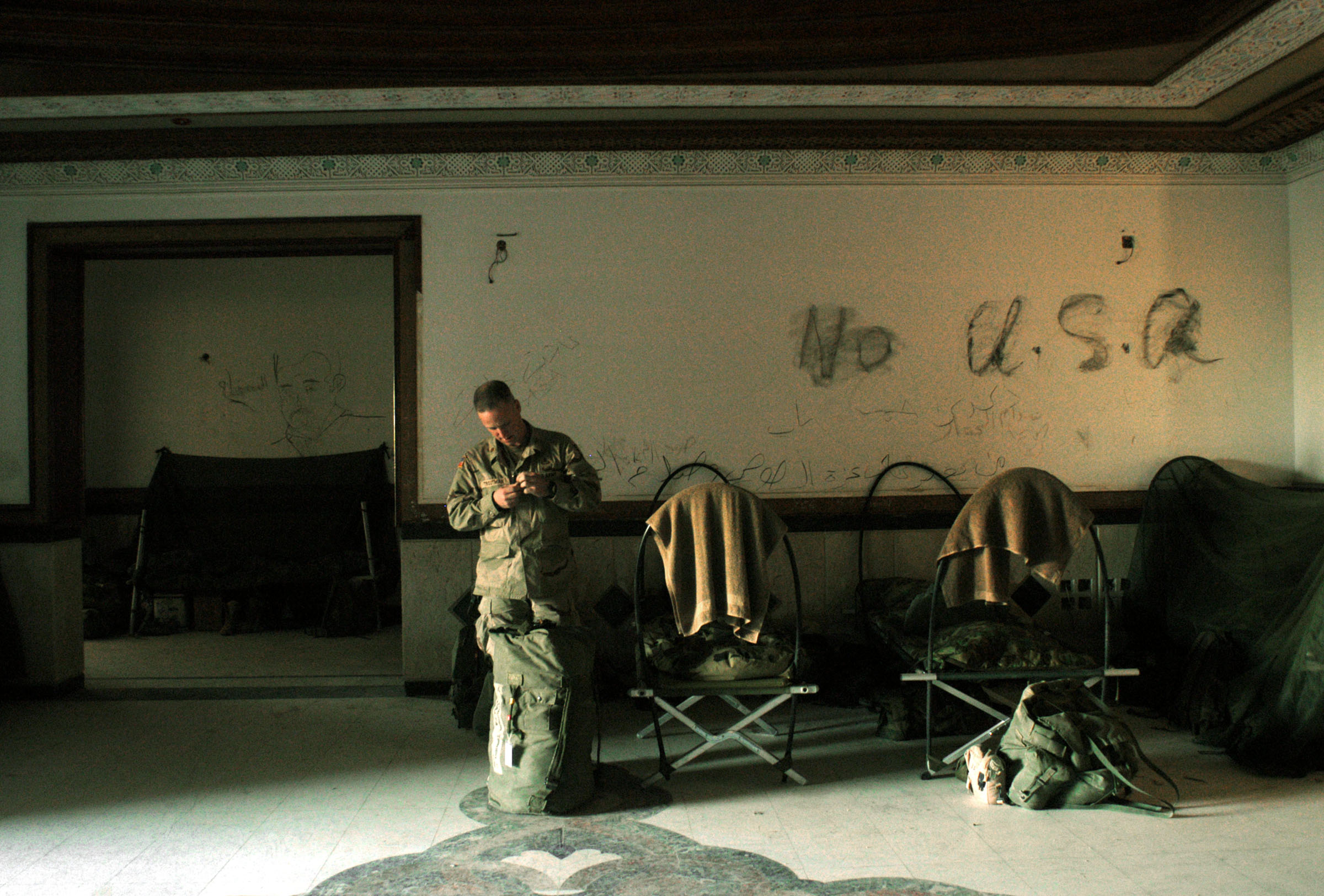 A soldier with the United States 101st Airbourne Division stands in front of Anti-American slogans drawn on the wall of the Division Main Headquarters in one of Saddam Hussain's former palaces in Mosel, Northern Iraq, May 1, 2003. The palace was Hussain's Northernmost palace in Iraq, and was his VIP palace, and now runs the entire northwest region of Iraq for the 101st Airbourne.