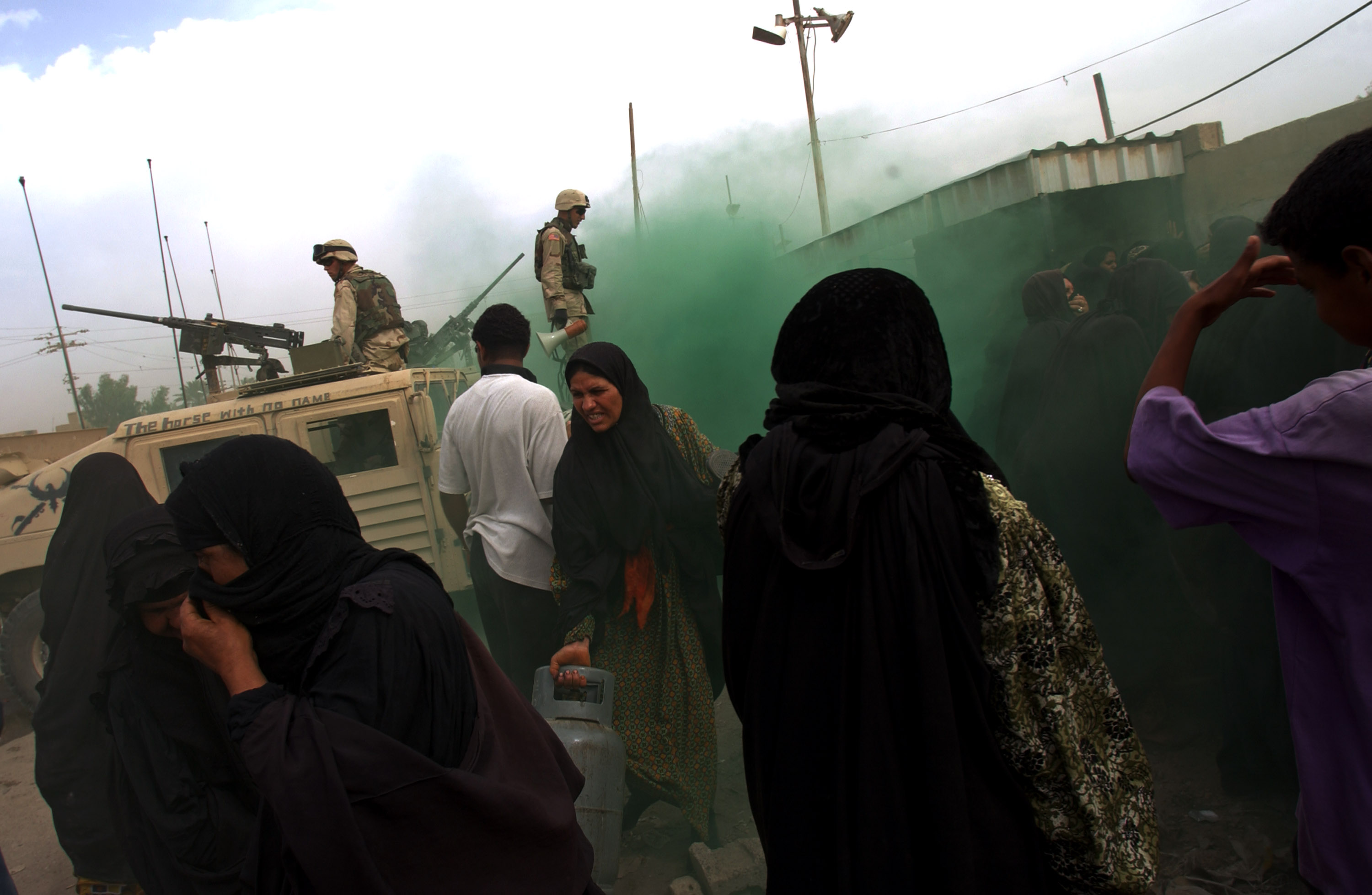 Iraqi Women scramble for cover as American soldiers from the First Cavalry Division fire gas onto a desperate crowd during a propane distribution in Sadr City, Bagdad, as a crowd of thousands of Iraqi civilians pushing to get aid grows more and more unruly in Iraq, May 28, 2003. Sadr City is considered the most dangerous, anti-American places in Bagdad, and for weeks after the war, Americans were not able to patrol the streets there, nor hand out aid, water, or gas to the people because it would compromise their safety.