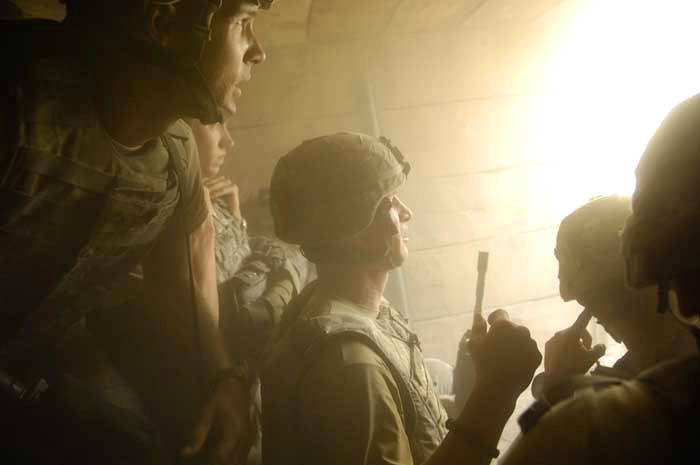 
Soldiers with the 173rd division and Afghan workers on the base as thrown back as a mortar fired by the Taliban lands about 20 feet from the opening of this bunker at the KOP forward operating base. The mortars were landing closer and closer get closer and closer to our position, incredibly accurate, until one landed almost on top of us, and one of the soldiers had his ear drum blown out. October 18, 2007.