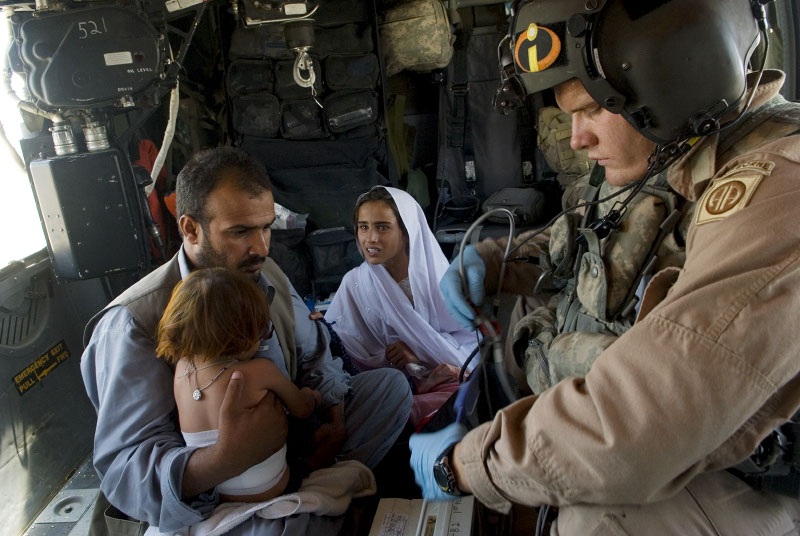 
Sgt. Joshue Sands, 23, medic, tends to an Afghan girl, Sophia, 1, who was burned in an accident in her home as her sister, miriam, 5, holds her, and her father, Abdul Shakur, sits closeby. the medevac team often picks up afghans not injured by coalition forces in order to win 'hearts and minds' of the civilian population, in addition to those they pick up who were injured inadvertently in collateral damage during attacks. the soldier looking on is a canadian escort for the afghani family to the hospital on kandahar base.