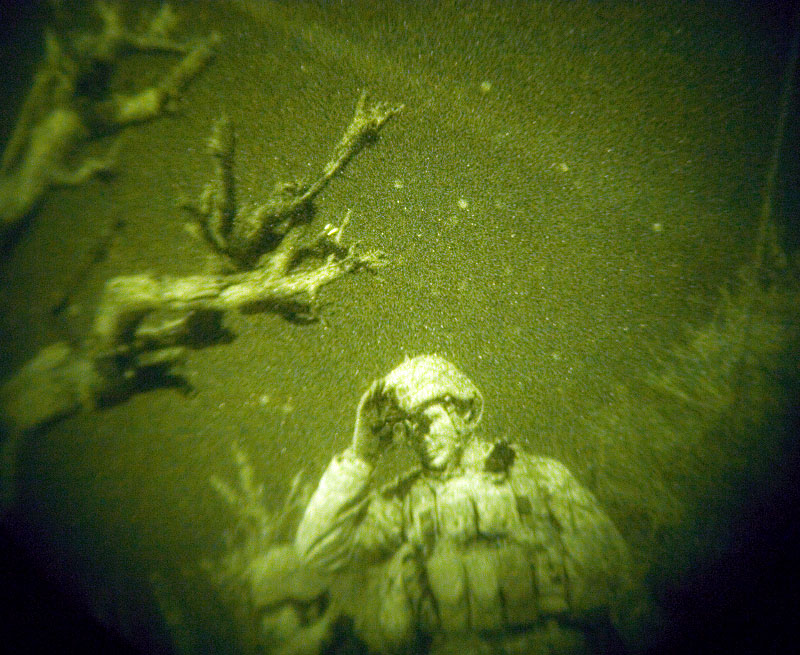 
American soldiers with the 173rd Division, Battle Company, on a battalian-wide mission in the Korengal valley:

Through night-vision goggles: captain Dan Kearney bows his head in frustration as he is denied a bombing request to attack men walking with weapons nearby while he overwatches his troops and controls close air support fire from above while on a mission in the Korengal Valley. The laser of the AC130 plane is visable tracking the potential target above his head. On the mission, Captain Keaney works with group of his soldiers and the jtacs, who are Airforce-trained specialists in direct contact with the bomber pilots to call in airstrikes on certain targets while weighing and monitoring collateral damage potential. Dan, the JTACs, and certain intelligence and communication specialists work as a team from afar but with a bird's eye view to help infantry troops on the ground, and the day prior, several civilians had been killed and almost a dozen others injured during their mission in the Korengal valley. October 2007.