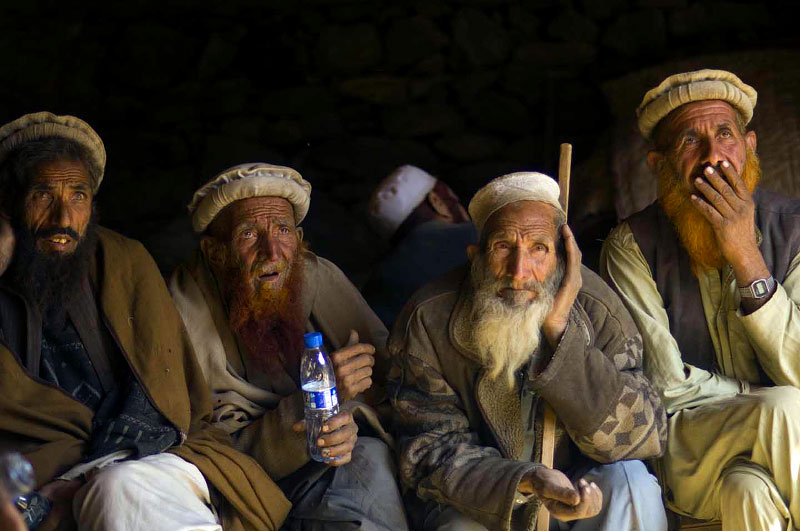 
Afghan elders from a 'hostile' village in the Korengal Valley listen to American commanders explain why they had to attack their village with heavy airpower the night before, while on a week-long mission to look for caves, weapons caches, and known anti-coalition members in the Korengal Valley, Afghanistan, October 2007. The American attacks were prompted after US intelligence picked up armed ACM in the area, and it killed several civilians and injured others.