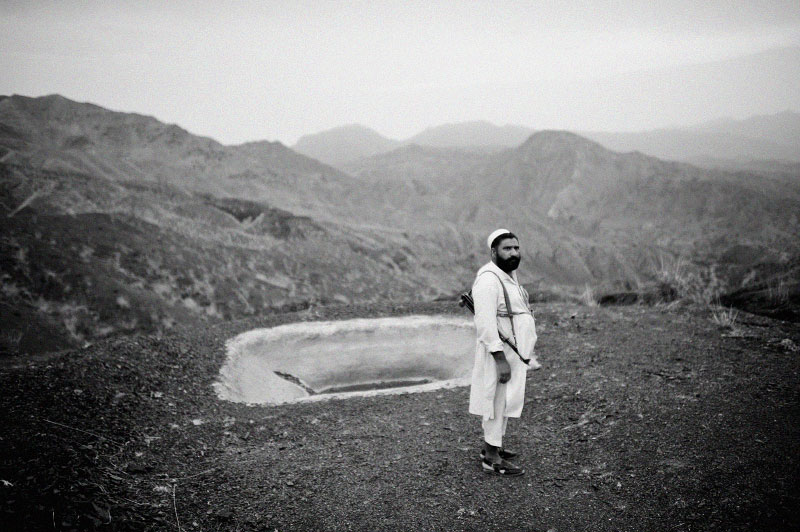 Along the Pak Afghan border


Ayub Khan, a member of the Taliban security detail for Munsaf Khan, 38, second in command of the Pakistani Taliban group named the "Prevention of Vice and Preservation of Virtue" which commands nearly 20% of the Tribal area, stands by the mountains where fighters often cross into Afghanistan from Pakistan outside of Bar Kambar Khel, near the border of Afghanistan, July 4, 2008. The tribal area is controlled primarily by different Taliban factions, which often end up fighting each other. Khan, 38, who is on crutches, was injured in a car bomb attack about one year ago. Since the start of the American-led war in Afghanistan in 2001, the Taliban has gradually infiltrated the areas surrounding Peshowar, making the tribal areas inaccessible, and Peshowar more tense.