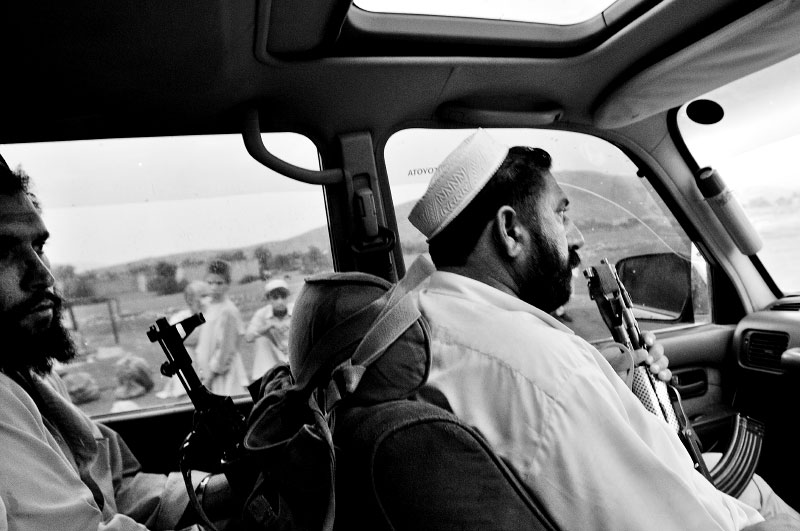 
Ayub Khan, right, Taliban guard for second in command of the Pakistani Taliban group named the ""Prevention of Vice and Preservation of Virtue" which commands nearly 20% of the Tribal area, drives through the Tribal area outside of Bar Kambar Khel, near the border of Afghanistan, July 4, 2008. Since the start of the American-led war in Afghanistan in 2001, the Taliban has gradually infiltrated the areas surrounding Peshowar, making the tribal areas inaccessible, and Peshowar more tense.