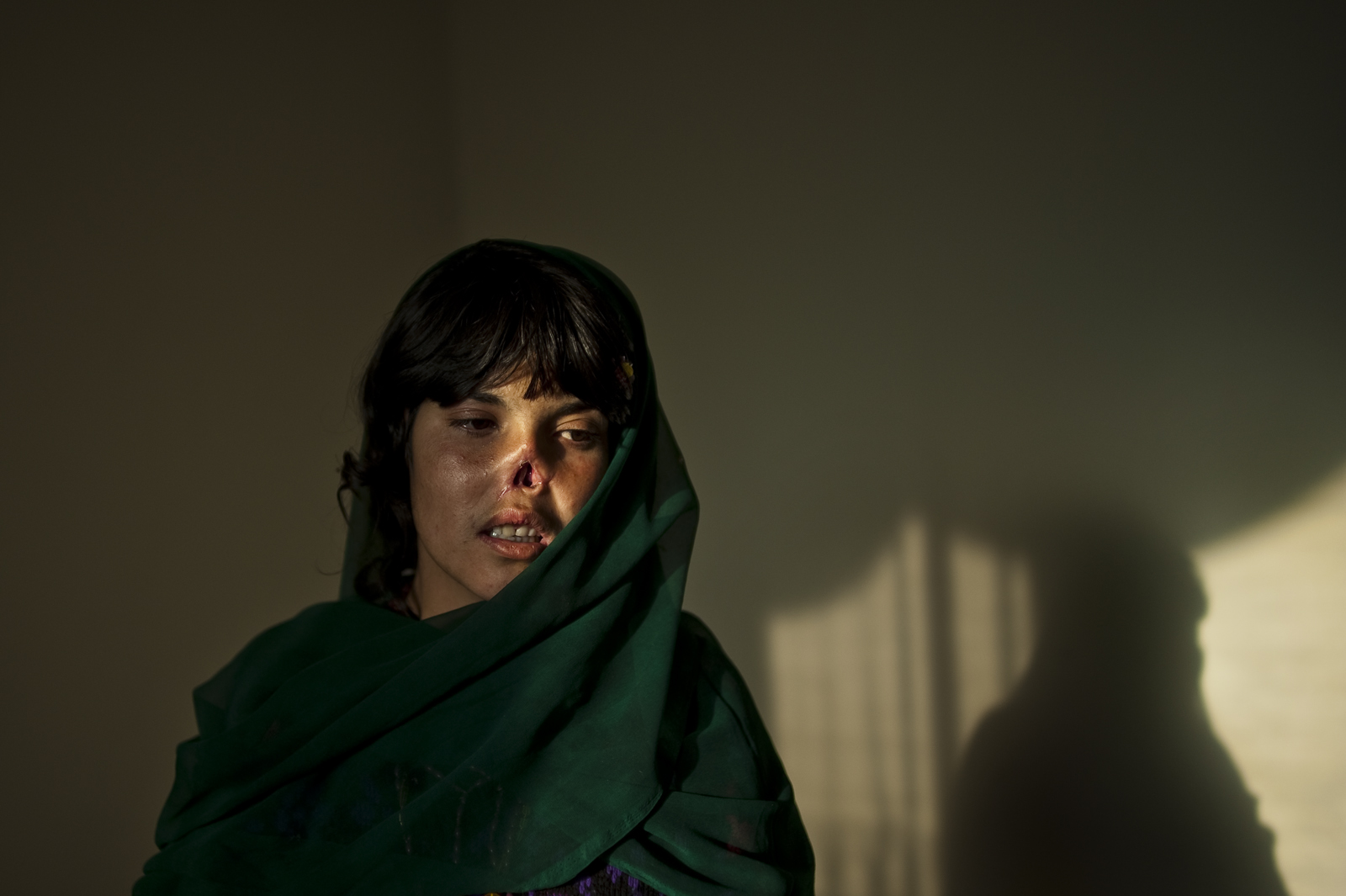 Bibi Aisha was 19 when I met her in Kabul's Women for Afghan Women shelter in November 2009. Her husband beat her from the day she was married, at age 12. When he beat her so badly she thought she might die, she escaped to seek a neighbor's help. To punish her for leaving without permission, her husband, who is a Taliban fighter, took her to a remote spot in the mountains. Several men held her while he cut off her nose, ears, and hair. She screamed—to no avail. "If I had the power, I would kill them all," she told me. I wanted to be strong for Aisha to give her hope she would be fine again. But when she described that moment, I began to cry. Aisha arrived in the U.S. in August for extensive reconstructive surgery.