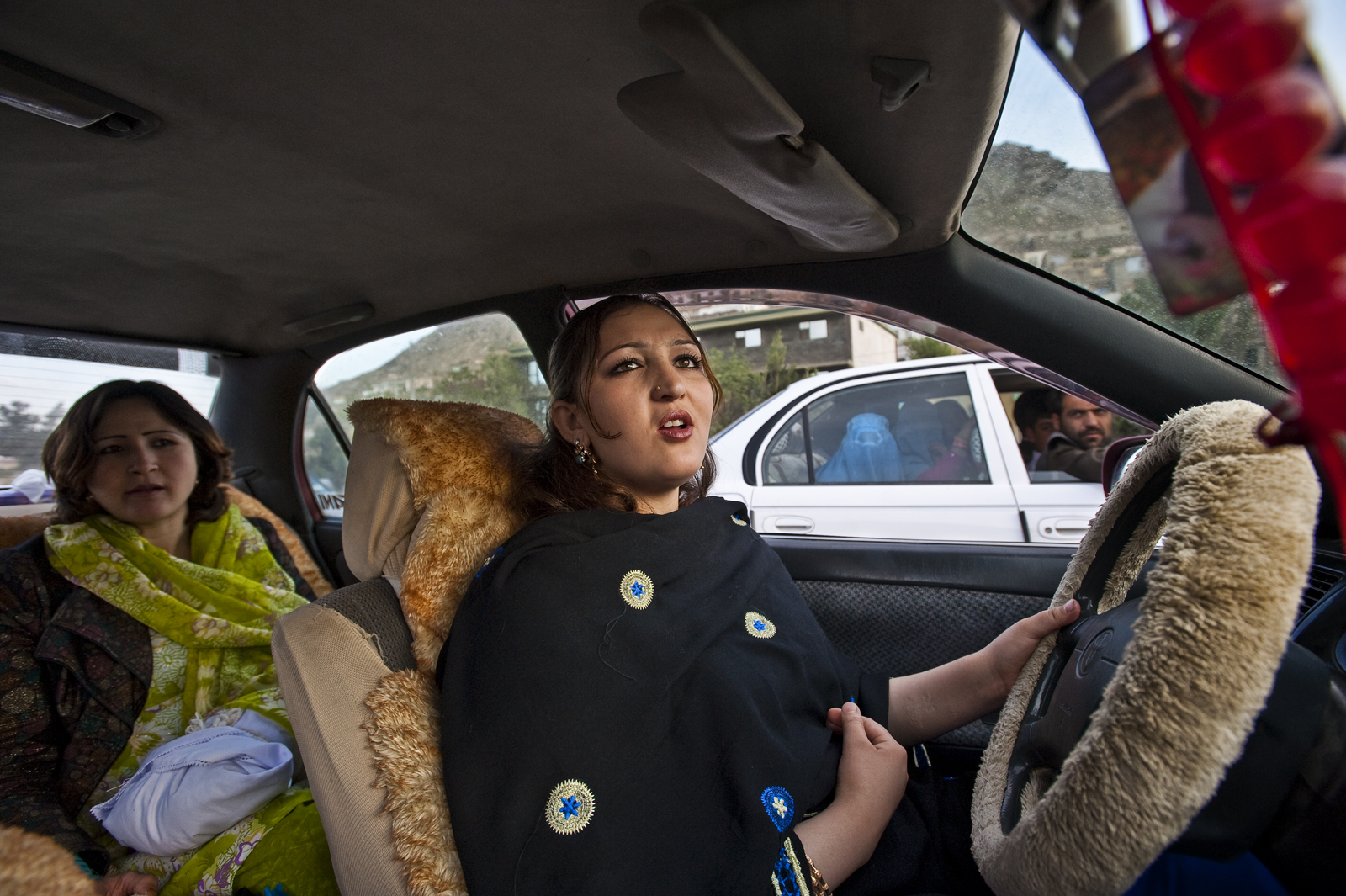 With face, hair, and arms in full view, actress Trena Amiri chauffeurs a friend around Kabul on a Friday. She blasts her favorite songs off a cassette and shimmies and sings along, tapping the steering wheel as she dances in the driver's seat. Even in relatively progressive Kabul, men and women glare, honk, and scream at her. It provokes men in Afghanistan to see strong women. It symbolizes a freedom they just aren't comfortable with. Amiri fled her husband of seven years, who, she says, kept her home and beat her. She left her three sons behind. She doesn't plan to remarry but knows she might have to in order to survive in Afghanistan, where women are dependent on men for so many things. When I ask about her current boyfriend, whose name is on the gold bracelet around her wrist, she says she couldn't marry him: "He won't let me act anymore, and I want to continue my art."