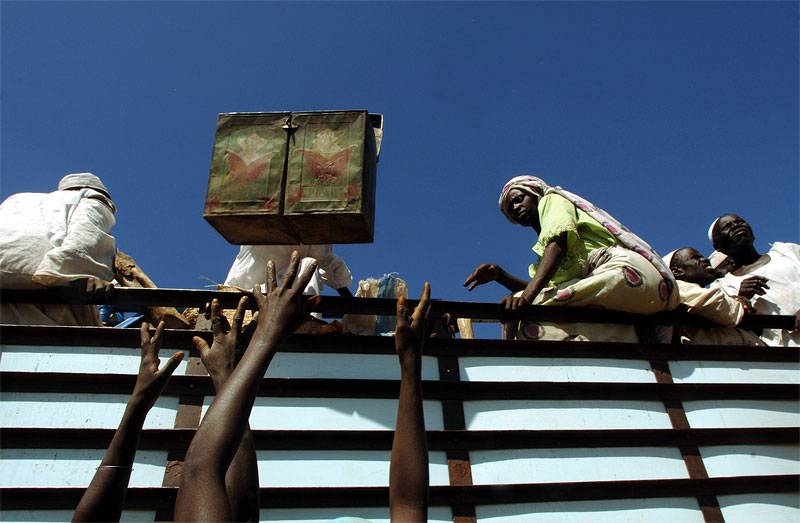 
Villagers from Tama load the remains of their belongings onto a truck to take them off to where they have fled at Uma Kasara village almost two weeks after Tama was attacked, and around 40 people were killed by Arab Nomads backed by government forces North of Nyala, November 2005. The AU made several attempts at patrolling and conducting an investigation on the village of Tama after it was attacked, and the surviving villagers fled to a nearby village, and was kept away by nomads who continued to surround the village and shoot at approaching vehicles. Hundreds of villages have been burned and pillaged throughout Darfur by Arab Nomads, leaving hundreds of thousands of civilians displaced throughout the country.