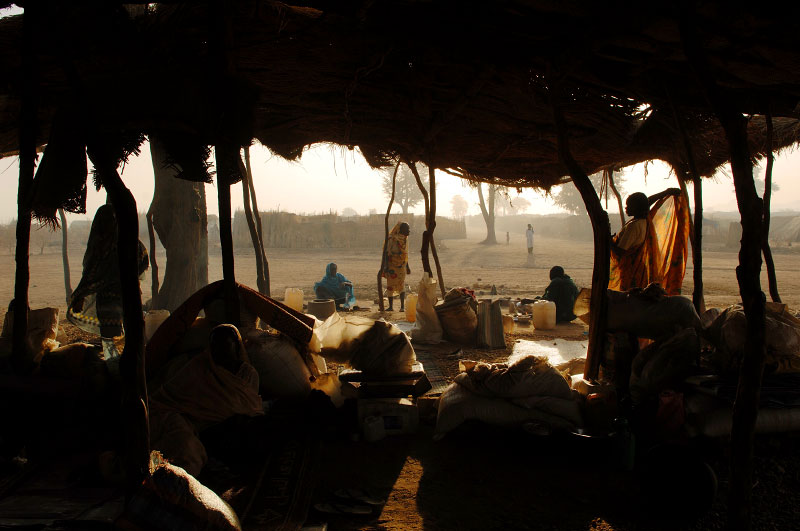 
Internally displaced families in their makeshift home while awaiting shelter shortly after arriving at Hamadiya camp at dawn in Zallingi, in West darfur, February 2007. Since the beginning of the war in Darfur, over two million people have been displaced from their villages throughout the region, and hundreds of thousands have been killed.