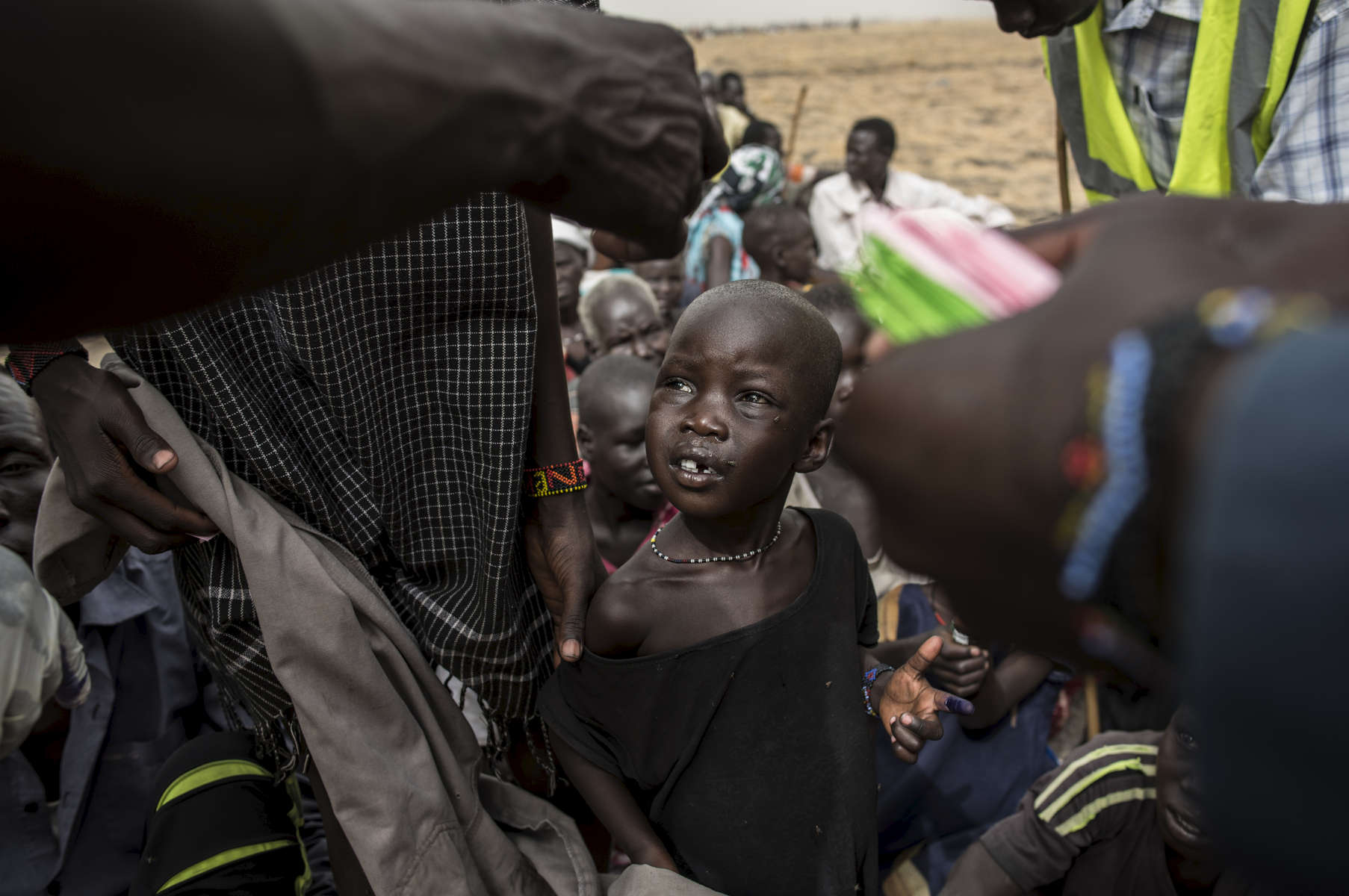 Tens of thousands of South Sudanese people line up for the first food distribution administered by the International Committee of the Red Cross since the fighting stopped in Leer and a tentative peace is holding in Unity State, South Sudan, March 17, 2016. When fighting raged throughout Leer in 2014 and 2015, most of the population fled, leaving civilians unable to harvest crops,and many struggling to find food. The city of Leer, once a bustling city and headquarters of opposition leader Riek Marchar, is now a ghost town reduced to rubble and the carcases of buildings. (Credit: Lynsey Addario for Time Magazine)