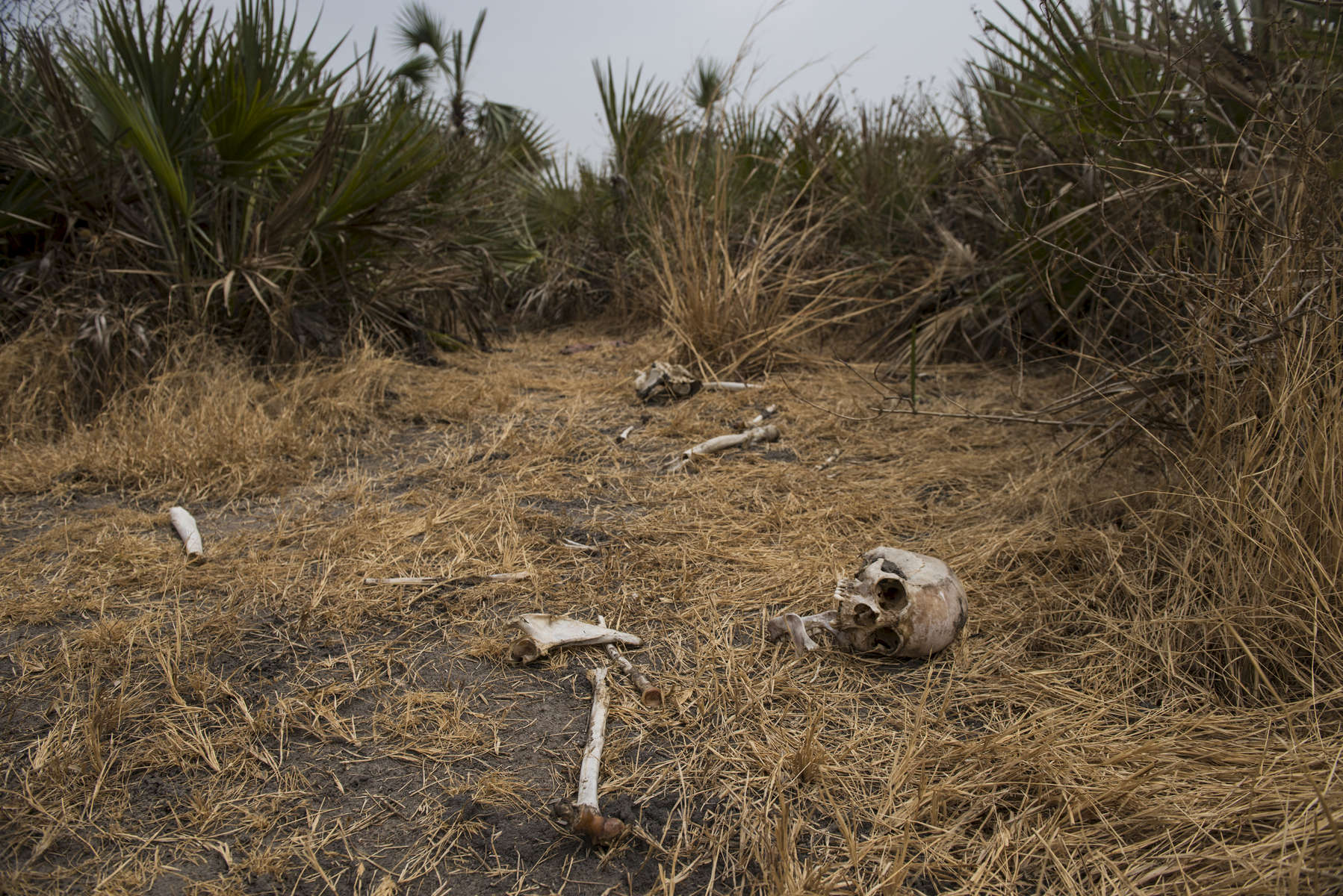 Skeletons and bones litter the ground at the site of a mass grave, where the corpses of roughly fifty men were dumped after soffocating inside of a container at the hands of the South Sudanese Government in Leer, in Unity State, South Sudan, March 18, 2016. When fighting raged throughout Leer in 2014 and 2015, most of the population fled, leaving civilians unable to harvest crops,and many struggling to find food. The city of Leer, once a bustling city and headquarters of opposition leader Riek Marchar, is now a ghost town reduced to rubble and the carcases of buildings. (Credit: Lynsey Addario for Time Magazine)