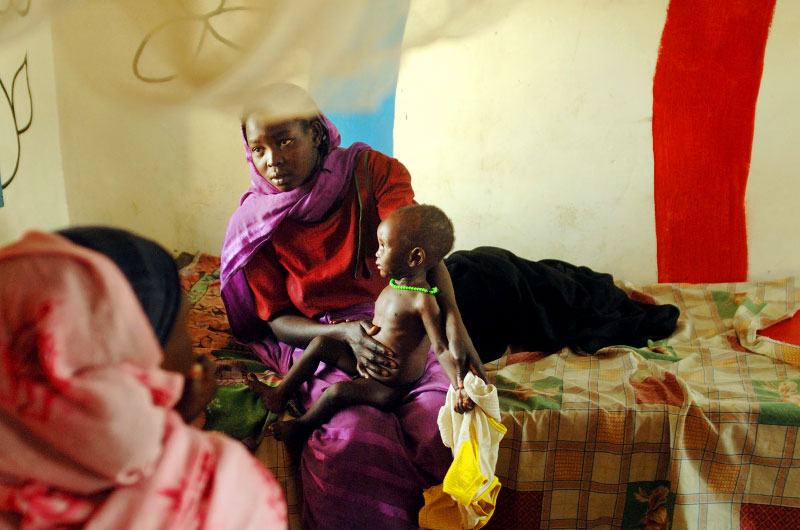 
An internally displaced woman holds the bloated stomach of her severely malnourished child before a feeding in the local Zallingi hospital in west Darfur, February 2007. Since the beginning of the war in Darfur, over two million people have been displaced from their villages throughout the region, and hundreds of thousands have been killed. Though much progress has been made by NGOs and the United Nations in flighting disease and malnutrition in IDP camps and throughout darfur, many darfurians are still struggling with malnutrition, malaria, respiratory infection, etc.