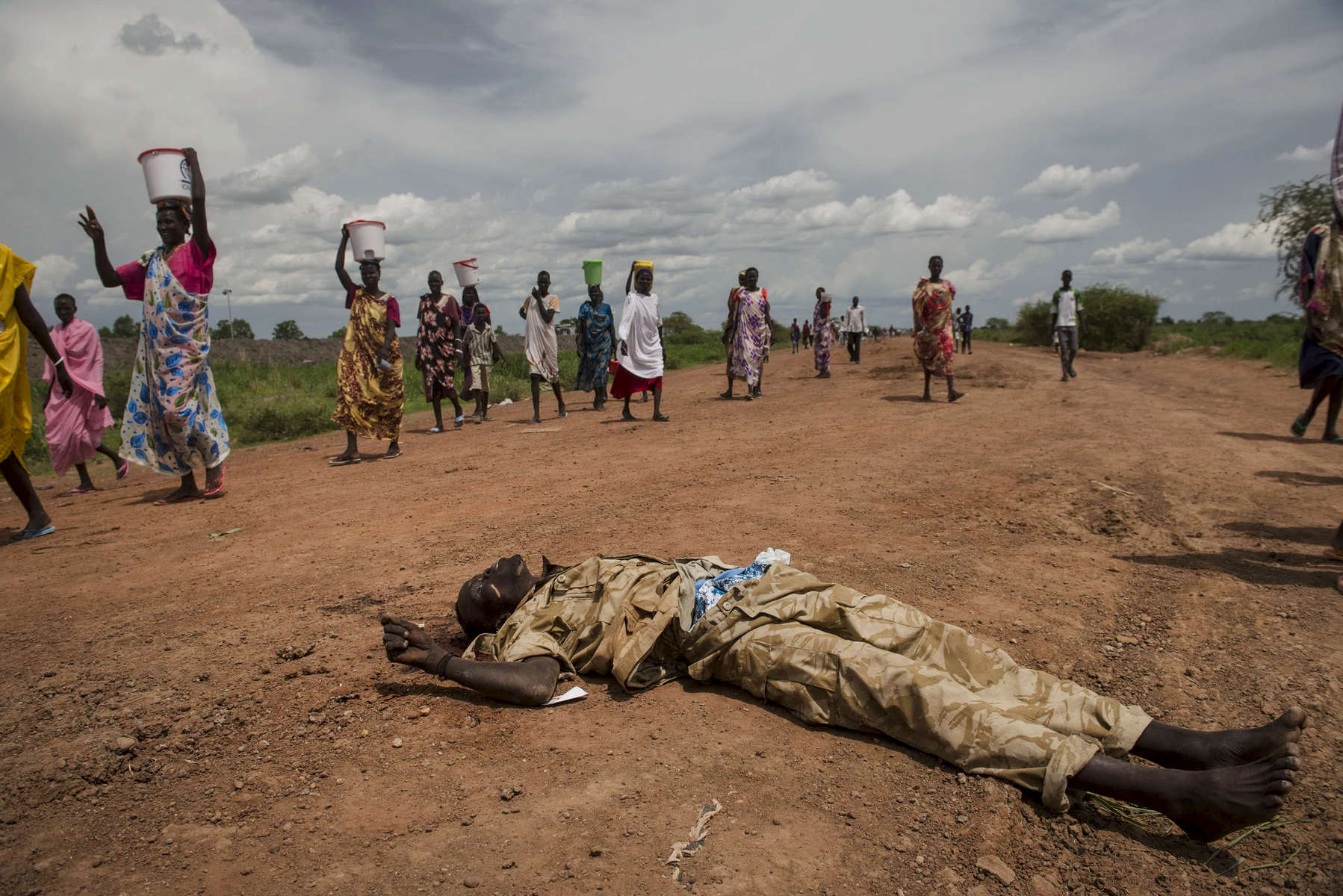 A dead government soldier with the Sudanese People's Liberation Army lies in the road in front of the base of the United Nations Mission in South Sudan as civilians pass by with water and food they collected from town during a lull in fighting between government and opposition forces in Bentiu, South Sudan, May 4, 2014. Bentiu has changed hands between government and opposition control several times since the civil war began in December, and has been the scene of ethnic massacres where hundreds, if not thousands, have been killed in the past months, pushing over 20,000 into a camp for displaced inside the UNMISS camp outside the town. One million Southern Sudanese have been displaced from their homes as the civil war rages in the country, pitting ethnic Nu'er against Dinka. (Credit: Lynsey Addario)