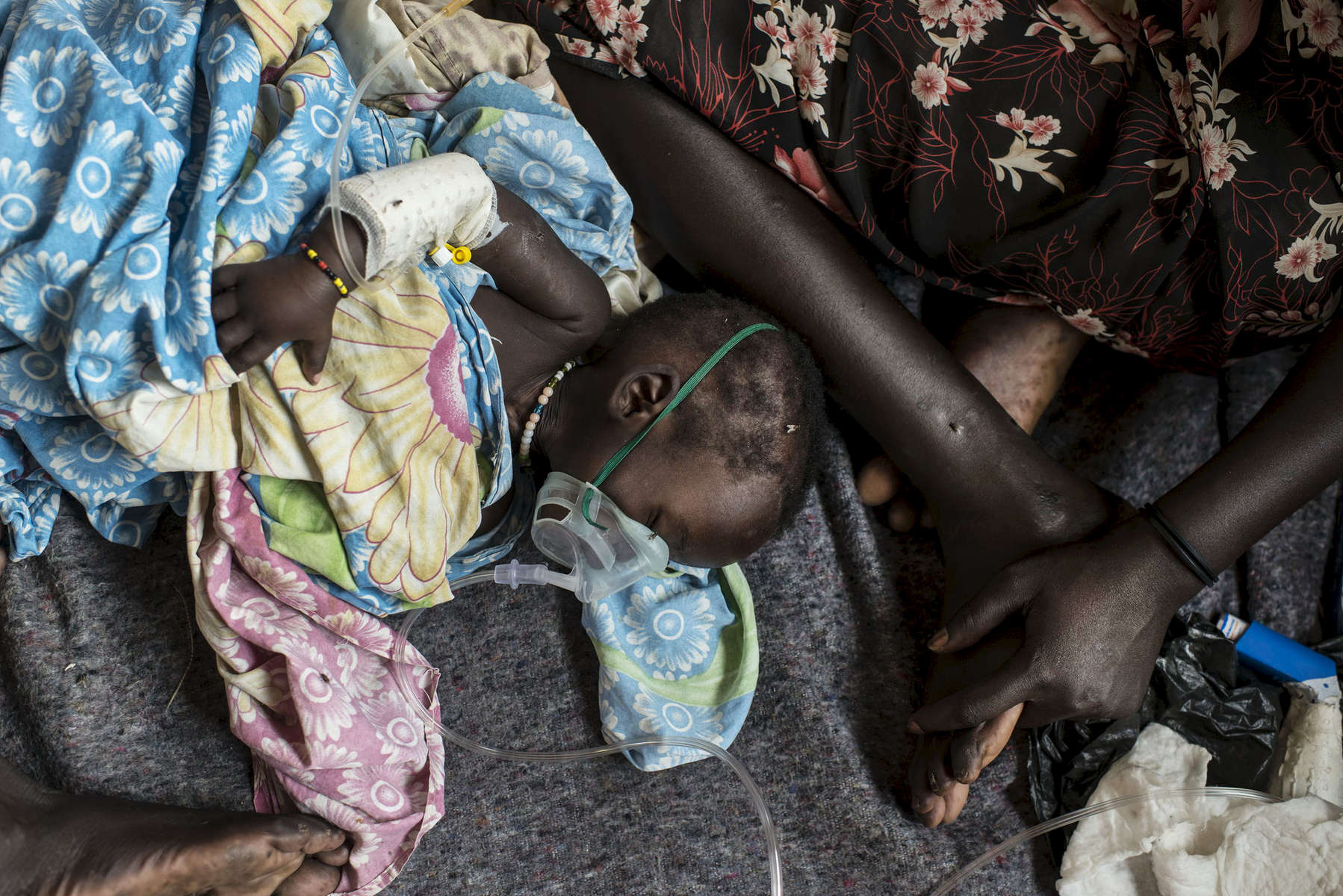 Nyanen Yak lies ill with severe pneumonia in a clinic run by Doctors Without Borders at the base of the United Nations Mission in South Sudan, where over 20,000 internally displaced people are currently seeking shelter, in Bentiu, South Sudan, May 4, 2014. Since the civil war began in December 2013, the town of Bentiu has changed hands between government and opposition troops several times, leaving hundreds, if not thousands, dead and injured in a series of ethnic killings pitting ethnic Nu'er against Dinka. Across South Sudan, roughly one million Southern Sudanese have been displaced from their homes and are facing risk of disease and starvation, and aid agencies and the United Nations are scrambling to provide for civilians with limited resources and emergency conditions as fighting continues. (Credit: Lynsey Addario)