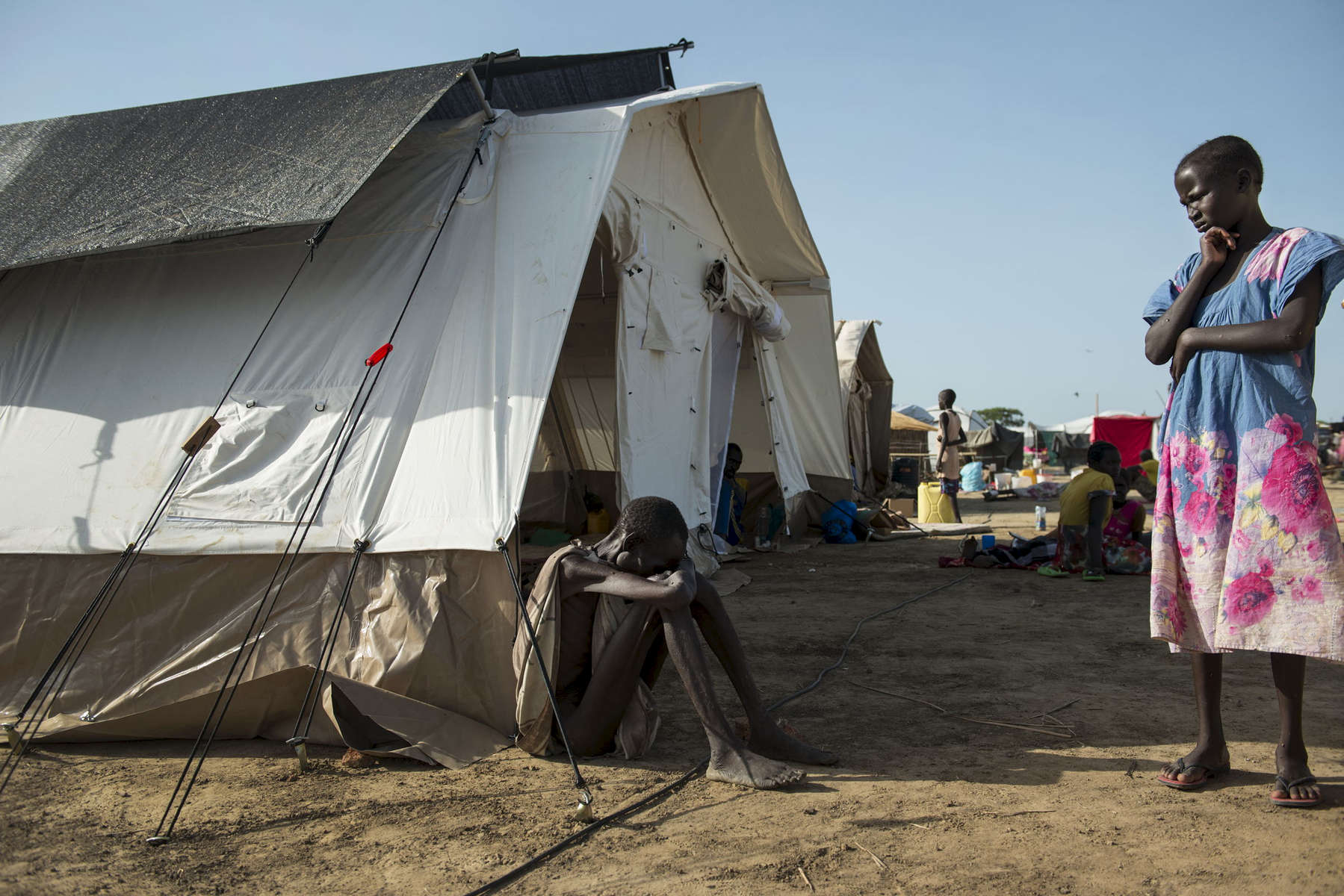 An Internally displaced girl stares at a severely malnourished government soldier, Jay Thiep, who was found unconscious near the airport when he was brought to the clinic at the base of the United Nations Mission in South Sudan in Bentiu, South Sudan, May 6, 2014. Thiep was thought to have been hiding without food for roughly three weeks in the bush following a retreat of government soldiers from Bentiu. Roughly twenty-five thousand IDPs live at the UNMISS base in Bentiu, and one million Southern Sudanese have been displaced from their homes since the start of the civil war in December 2013, pitting ethnic Nu'er against Dinka. Because of continued fighting, many have been unable to plant crops to harvest the next season, and aid organizations have been unable to preposition food in anticipation of the rainy season. According to the United Nations official coordinating humanitarian aid in South Sudan, if the civil war doesn't stop, and the country does not receive international aid, South Sudan will face the worst starvation in Africa since the 1980s, when hundreds of thousands of people died in Ethiopia’s famine. (Credit: Lynsey Addario for The New York Times)