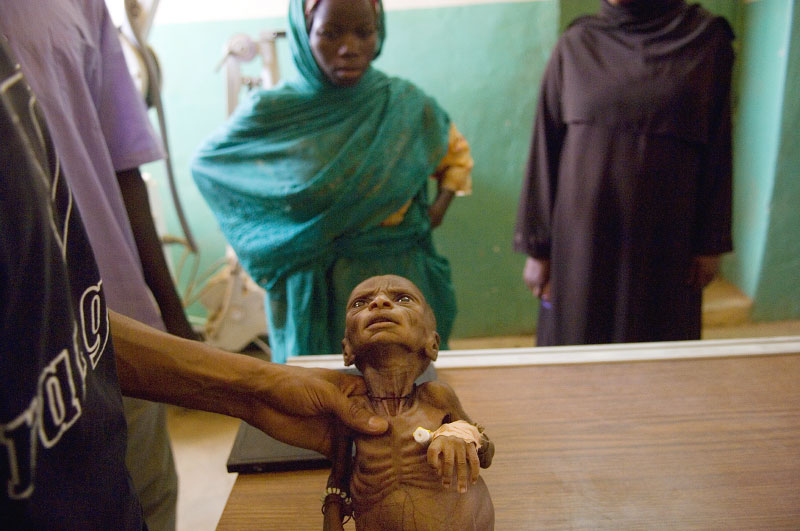 
A seven week old boy fighting with malnutrition and intestinal blockage is held on the x-raying table by a technician as his mother looks on in the government hospital in Geneina, in west Darfur, March 8, 2007. Since the beginning of the war in Darfur, over two million people have been displaced from their villages throughout the region, and hundreds of thousands have been killed. Though much progress has been made by NGOs and the United Nations in flighting disease and malnutrition in IDP camps and throughout darfur, many darfurians are still struggling with malnutrition, malaria, respiratory infection, etc.