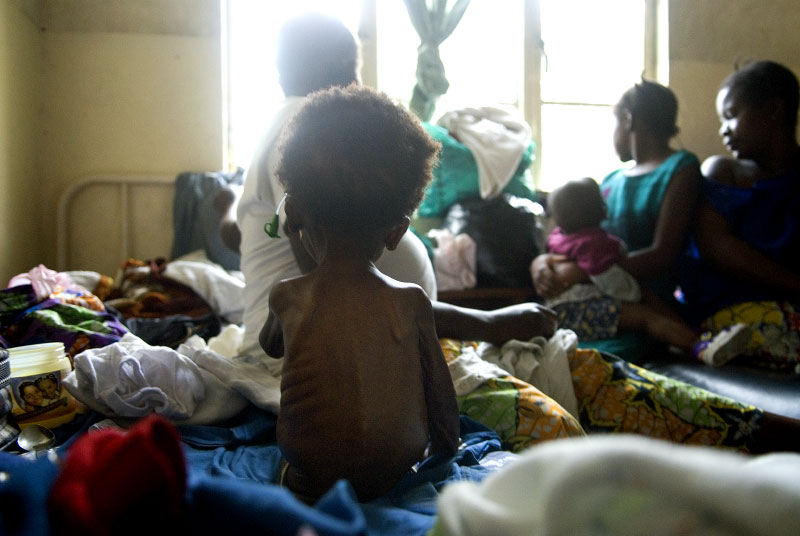 
Esperance Cahombo, 1 year, lies with her mother in a therapeutic feeding center for severely malnourished children in Goma, in the east of the Democratic Republic of Congo, December 6, 2007. Esperance and her family fled the village of Massisi about a year ago, spent one year in Magunga camp for Internally Displaced People before coming to the Caritas-run center one week ago. Since the fighting between the Congolese army and rebel soldiers loyal to Tutsi rebel leader Nkunda has intensified in the past year, the humanitarian condition in the DRC has reached the most desperate it has been in years: about 410,000 Congolese civilians have been displaced by new fighting, and coupled with the previous 400,000 from past years, there are now about 800,000 internally displaced people in the DRC.