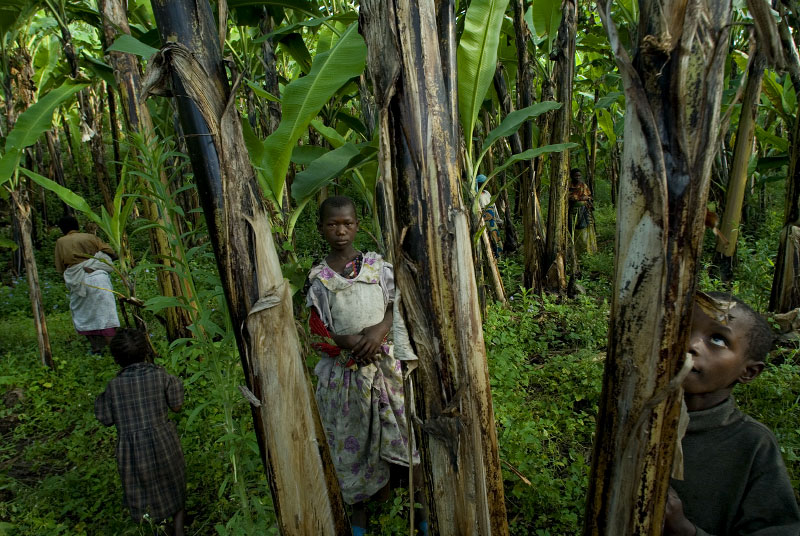 
Reziki, 10, stands in the banana grove adjacent to Magunga camp for Internally displaced people where the IDPs have been burying their dead dying of starvation and sickness in the camps since fleeing their villages after fighting began about one year ago between Congolese Government soldiers and Tutsi rebel leader Nkunda outside Goma, in the east of the Democratic Republic of Congo, December 7, 2007. The IDPs in Magunga complain that because of an upsurge of fighting around Magunga, they have not received any food distributions in over a month, and some IDPs are allegedly dying of starvation. In the last 12 months, about 410,000 Congolese civilians have been displaced by new fighting, and coupled with the previous 400,000 from past years, there are now about 800,000 internally displaced people in the DRC. (Credit: Lynsey Addario for The New York Times)