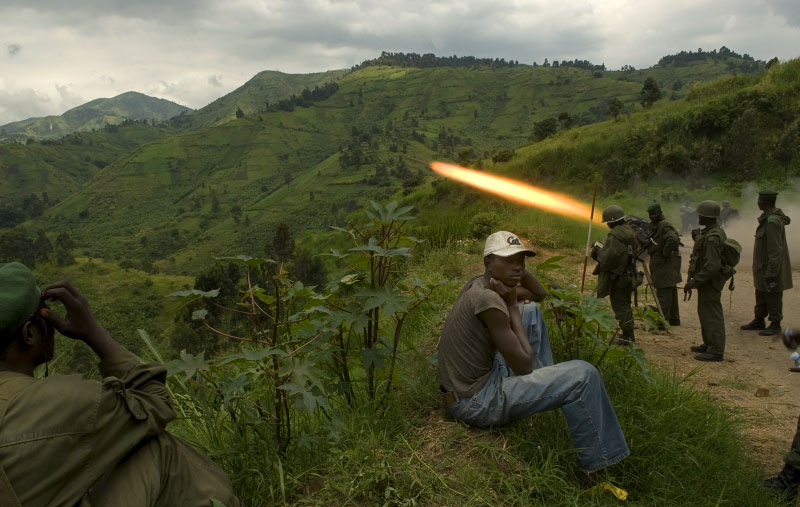 
Villagers look on as the Congolese Army fires artillery at rebel soldiers under Congolese Tutsi rebel leader, Nkunda, from the village of Lushangi the morning after the Congolese military took the village of Mushake from Nkunda, in the east of the Democratic Republic of Congo, December 5, 2007. The Congolese army has been making a huge military push in recent days to take back territory that had fallen to rebel soldiers over the past year, and has been successfully pushing forward, and today gained the strategic town of Mushake. In the last 12 months, about 410,000 Congolese civilians have been displaced by new fighting, and coupled with the previous 400,000 from past years, there are now about 800,000 internally displaced people in the DRC. (Credit: Lynsey Addario for The New York Times)