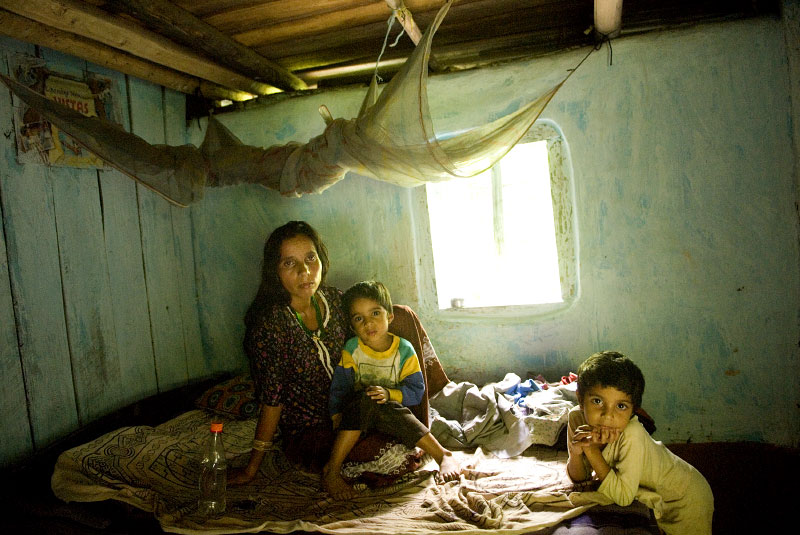 
A Bhutanese woman of Nepalese origin sits sick with Dengue fever with her two sons in her home she inherited from the government as part of a resettlement program by the government to redistribute homes abandoned by ethnic Nepalese in the 90s, in Samtse, Bhutan, August 2, 2007. In the early 1900's Bhutan encouraged Nepali migration to Bhutan, enabling Nepalese work opportunities in the country; as the Nepalese population grew, the Bhutanese elite and ruling class were overwhelmed by the numbers of foreigners, and began to enforce strict cultural assimilation laws, driving the Nepalese to protest and to be marginalized in society. The protests culminated in teh 1980's and 1990's, when eventually many Nepalese were kicked out of the country, and their land was resettled to other Nepalese and Bhutanese families. Today, ethnic Indians and Nepalese who are not Bhutanese citizens enjoy employment in building Bhutan's infrastructure, and small jobs as waiters or as daily laborers, but find it difficult to ascend to higher-paying jobs.