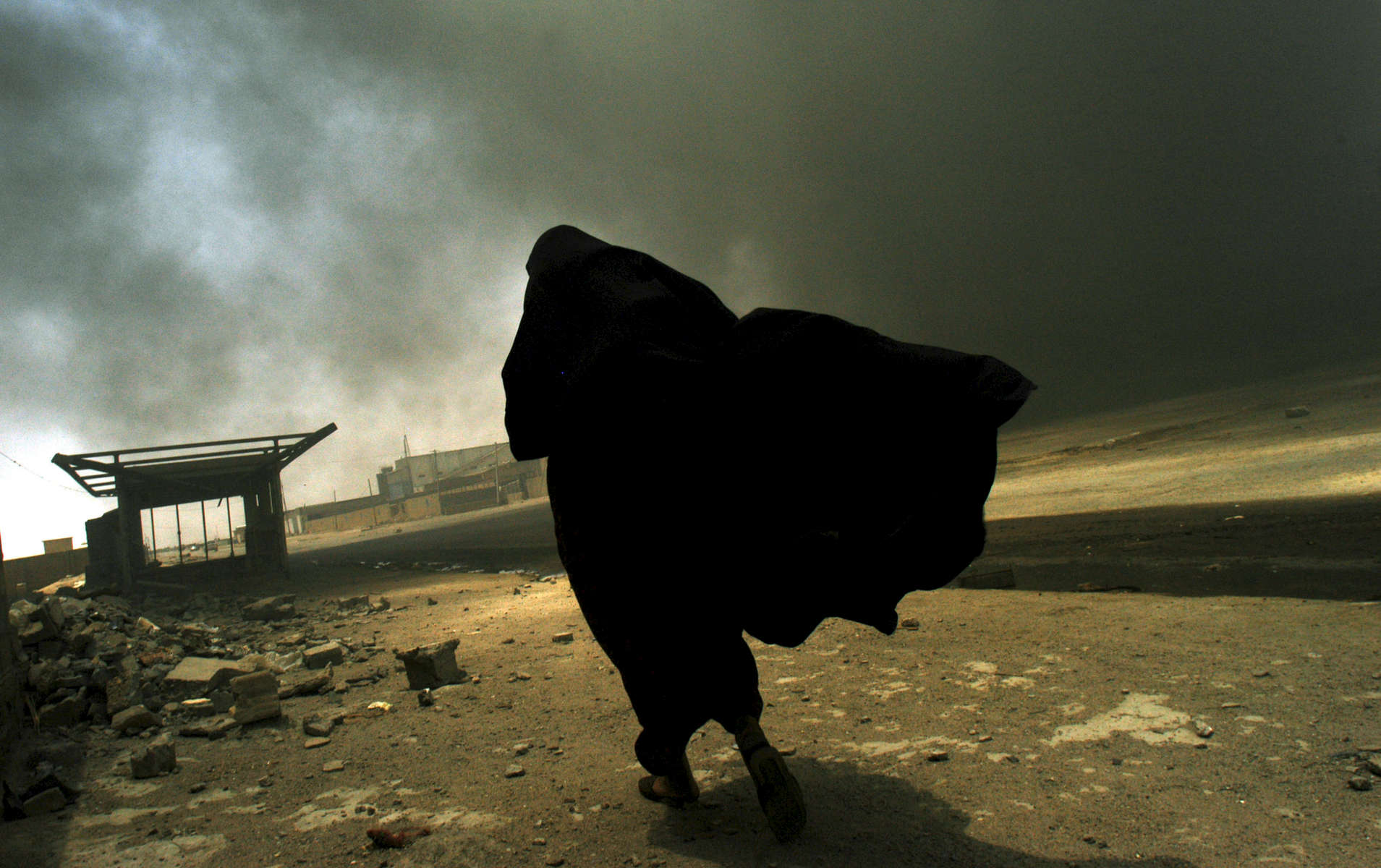 An Iraqi woman walks through a plume of smoke rising from a massive fire at a liquid gas factory as she searches for her husband in the vicinity of the fire in Basra, Iraq, May 26, 2003. The fire was allegedly started by looters picking through the factory, and residents in the vicinity feared the explosion of the four liquid gas tanks on the premisis. Weeks after the end of the war, looting continues to be one of the main problems for both Basra and Bagdad cities as coalition forces struggle to get life back to normal. (Credit: Lynsey Addario/ Corbis Saba)