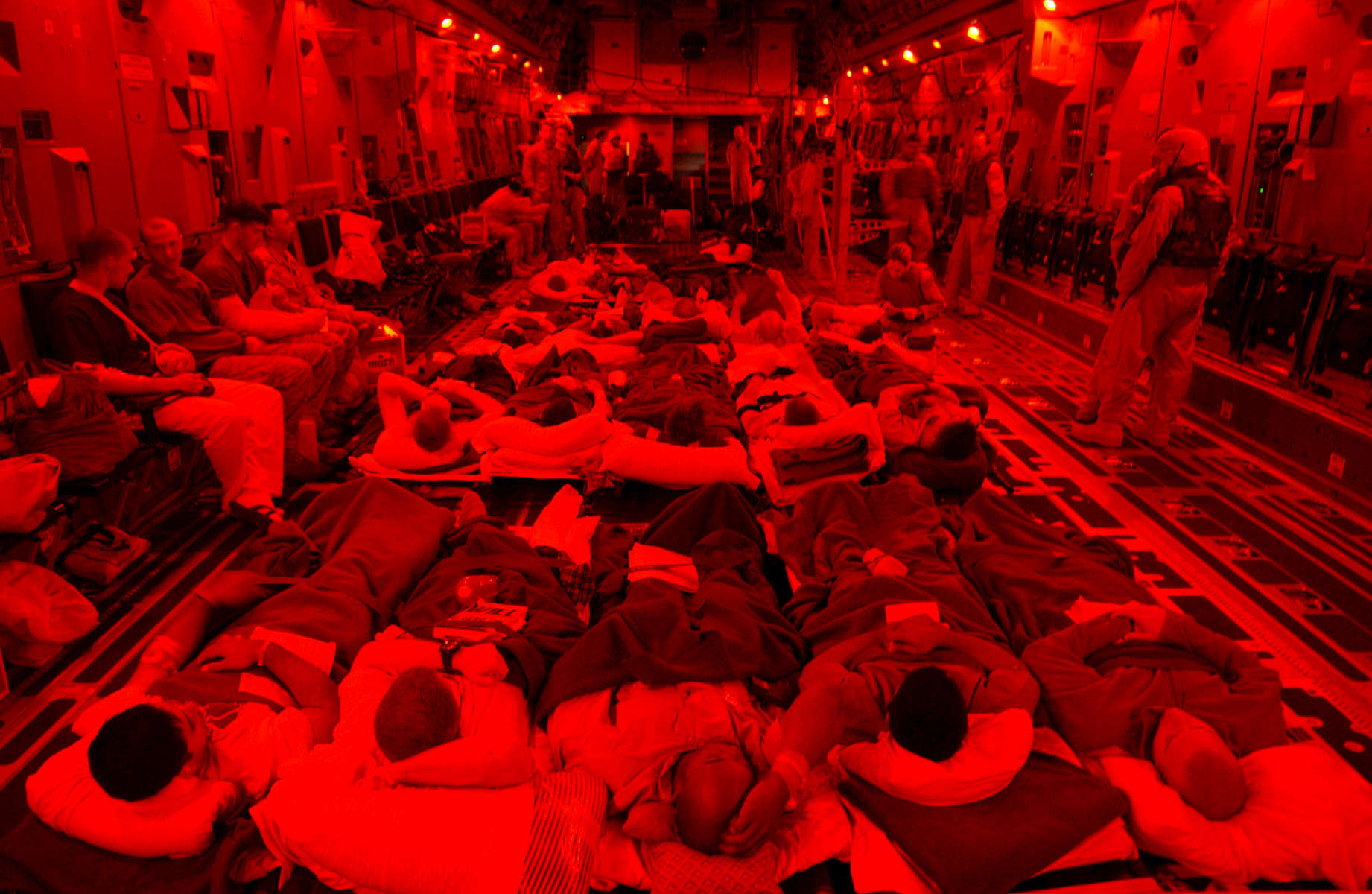 United States injured soldiers sit on a cargo plane before taking off to Germany from the Balad airforce base. The interior lights of the plane are red because of an 'alarm red' attack, which indicates that the base is under attack, usually by incoming mortar rounds. Since the attack on Fallujah began in early november, hundreds of soldiers have been injured and evacuated from the country.