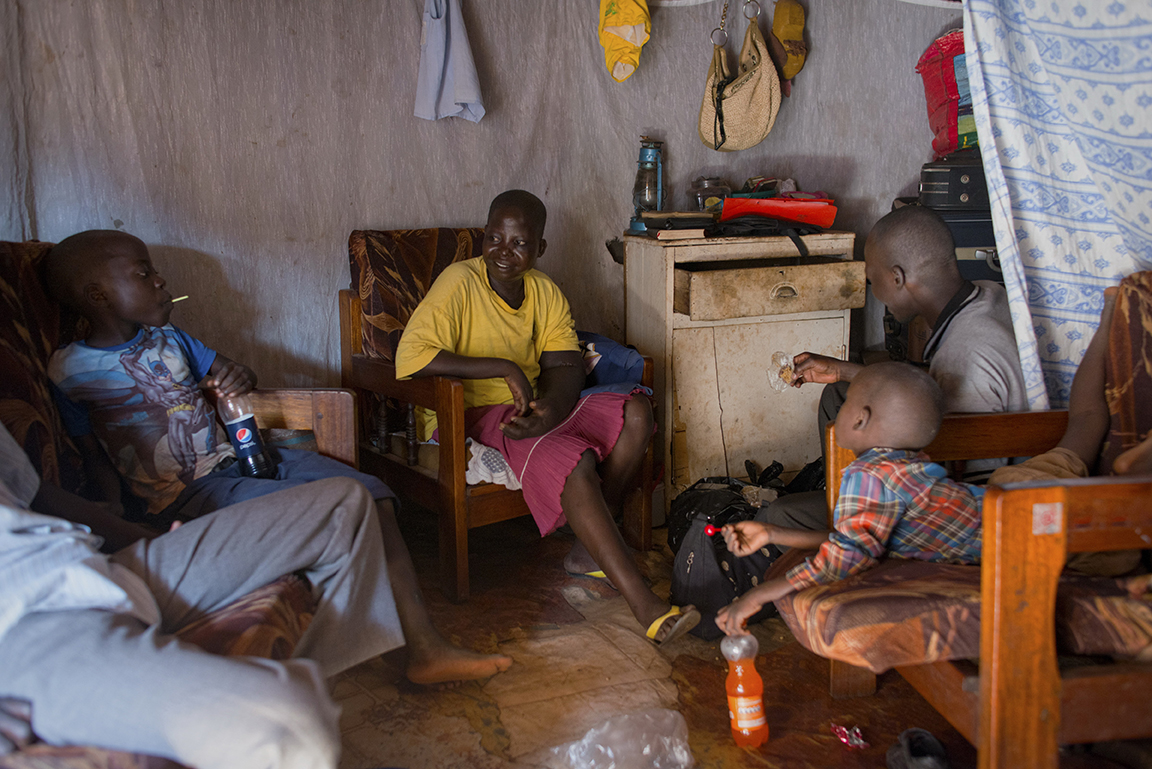 Breast Cancer patient Jessy Acen, from Gulu, is welcomed home by her two sons, Jered Kakanyero, 4, and Oyak Emmanuel, 11, and her brother, Owiny jackson, 26, in Pece Vanguard, on the outskirts of Gulu, Uganda, July 23, 2013. Jessy, who has two children living with relatives in the northern district of Gulu, found a tumor in her breast in 2008, and eventually went to a medical center in Gulu for diagnosis. Her case was disregarded by doctors in Gulu, and after persisting, Jessy was finally sent to the Mulago Hospital in Kampala for treatment. Like so many women in Uganda who don't seek medical care for diagnosis and treatment in the early stages of Cancer, or who are misdiagnosed by medical staff around the country, Jessy's cancer was advanced when she finally had a mastectomy. Jessy sleeps at the hospital for several weeks while receiving chemotherapy because she could not afford the $10. bus fare back to Gulu.