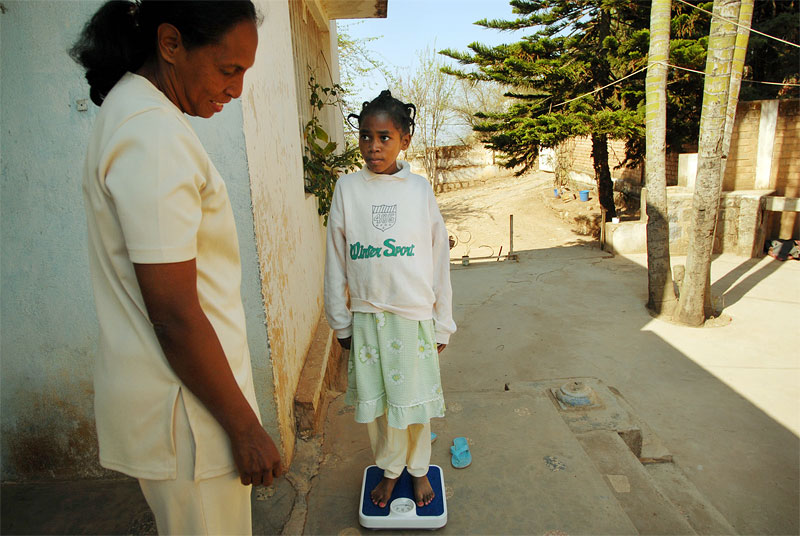 
Kenia Moravelo, 13, weighs herself as Dr. Hande looks on at the shelter run by Dr. Hande where she has been staying since released from her most recent stay in the hospital, November 1, 2006, in Antananarrivo, Madagascar. Kenia was sodomized by her uncle three years prior, and went through several surgeries to try to repair her rectum and colon, which were destroyed in the rape. Kenia almost completely stopped eating after the rape in order to avoid the pain she endured going to the bathroom, and is only now gaining a little weigh back after years of being extremely thin.