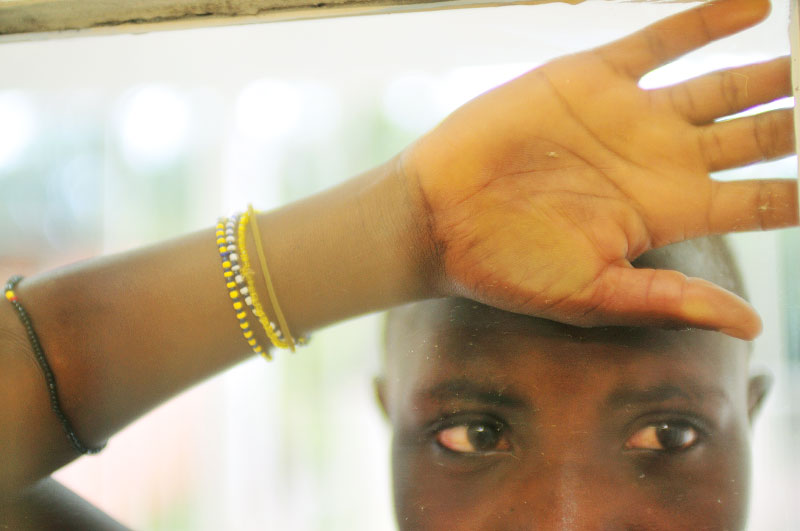 
Eliza, 12, stands in the Panzi hospital where she is being treated for Fistula repair, in South Kivu, in Eastern Congo, April 14, 2008. Eliza was taken from her home by two soldiers and brought into the forest, where she was kicked to the ground and raped. She explains '...they introduced something into my body, and urine started pouring out. Before urine didn't come out that way. It was something hard, something close to his body....I didn't know what was happening...' Eliza was 11 years old when she was raped. An average of 400 women per month were estimated to be sexually assualted in the autumn of 2007 in eastern Congo, while in the first months of 2008, the figure dropped to an average of 100 women per month. This said, many women never make it to treatment centers, and are not accounted for in these statistics.