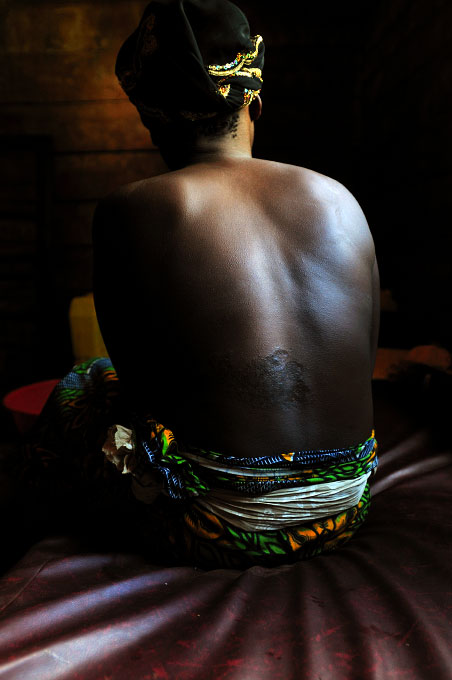 
Rosetta, 30, shows scarring on her back which started appearing after she was kidnapped by two interhamwe and repeatedly raped for two weeks in South Kivu, and eventually left HIV+, at a center in Walungu, South Kivu, in Eastern Congo, April 14, 2008. She says '...the two men were wearing dirty trainers. They raped me repeatedly and alternated days and kicked me. ...I don't know what these scars are. These men left me with an illness...' An average of 400 women per month were estimated to be sexually assualted in the autumn of 2007 in eastern Congo, while in the first months of 2008, the figure dropped to an average of 100 women per month. This said, many women never make it to treatment centers, and are not accounted for in these statistics.