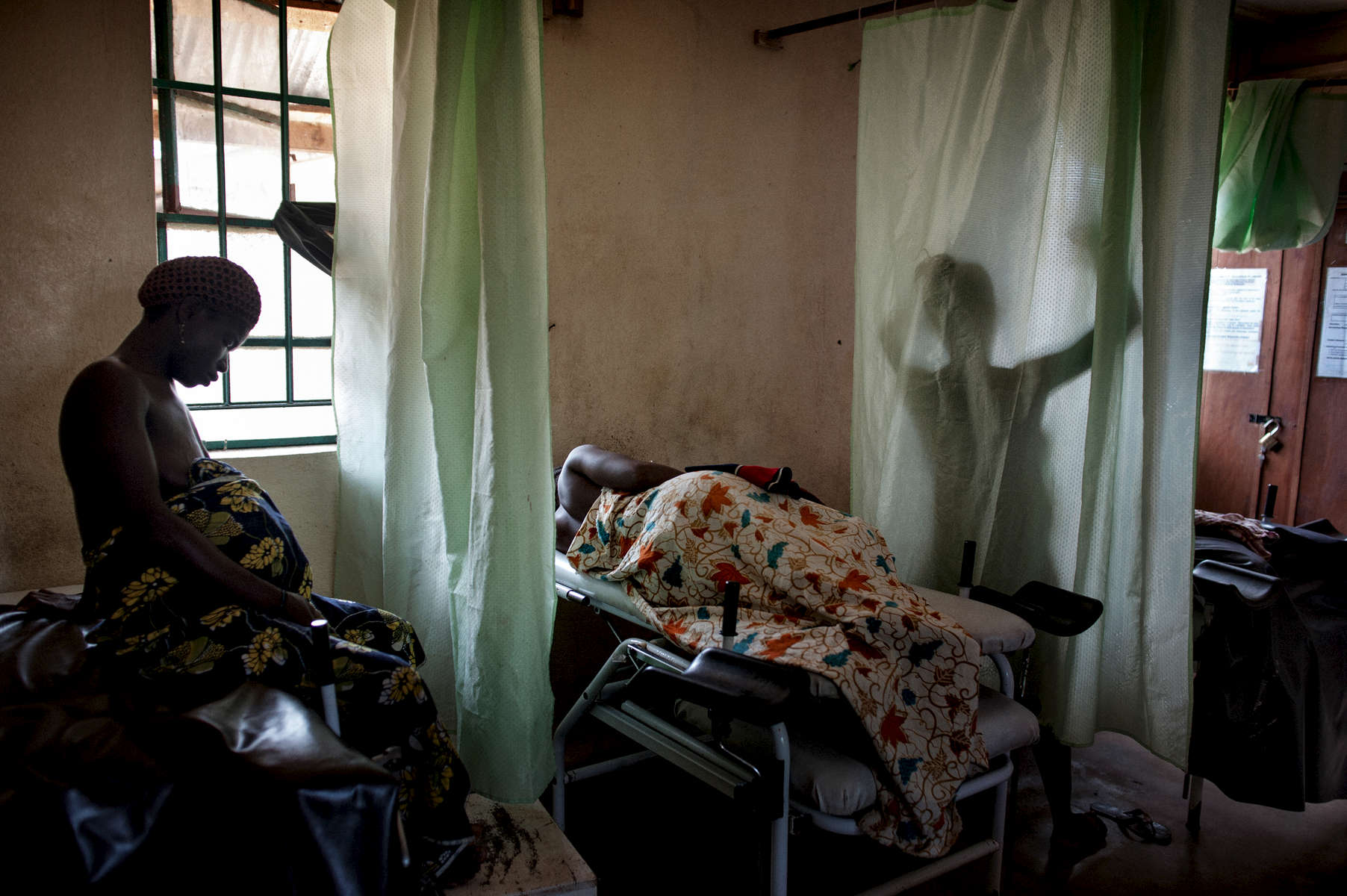 Enatorama Jalloh, 36, delivers her first child in 15 years at the Gondama Government Clinic in Bo District, Sierra Leone, October 26, 2012. Enatorama had a baby who died, and had not been able to get pregnant again until this child, and she spent her labor praying for a safe delivery and a healthy child. Sierra Leone has one of the highest rates of maternal mortality in the world, with only three OB/GYNs working in government hospitals around the country--the same amount as currently working in the privately-run MSF Gondama Referral Center, alone. Though the government of Sierra Leone introduced free health care to pregnant and lactating women, and children under 5, across the country in 2010, the services and trained medical staff are inaccessible to much of the population. MSF has been able to reduce the rate of maternal deaths in the country by providing 24-hour emergency obstetric care, along with an ambulance system, in which ambulances are made available to villages across the district in Bo to pick up women who have complications with their pregnancies. Since 2010, the rate of maternal deaths have decreased by roughly 60% in Bo District because of these services, though women are still facing a high risk of death during childbirth across the country. (Credit: Lynsey Addario/ VII)