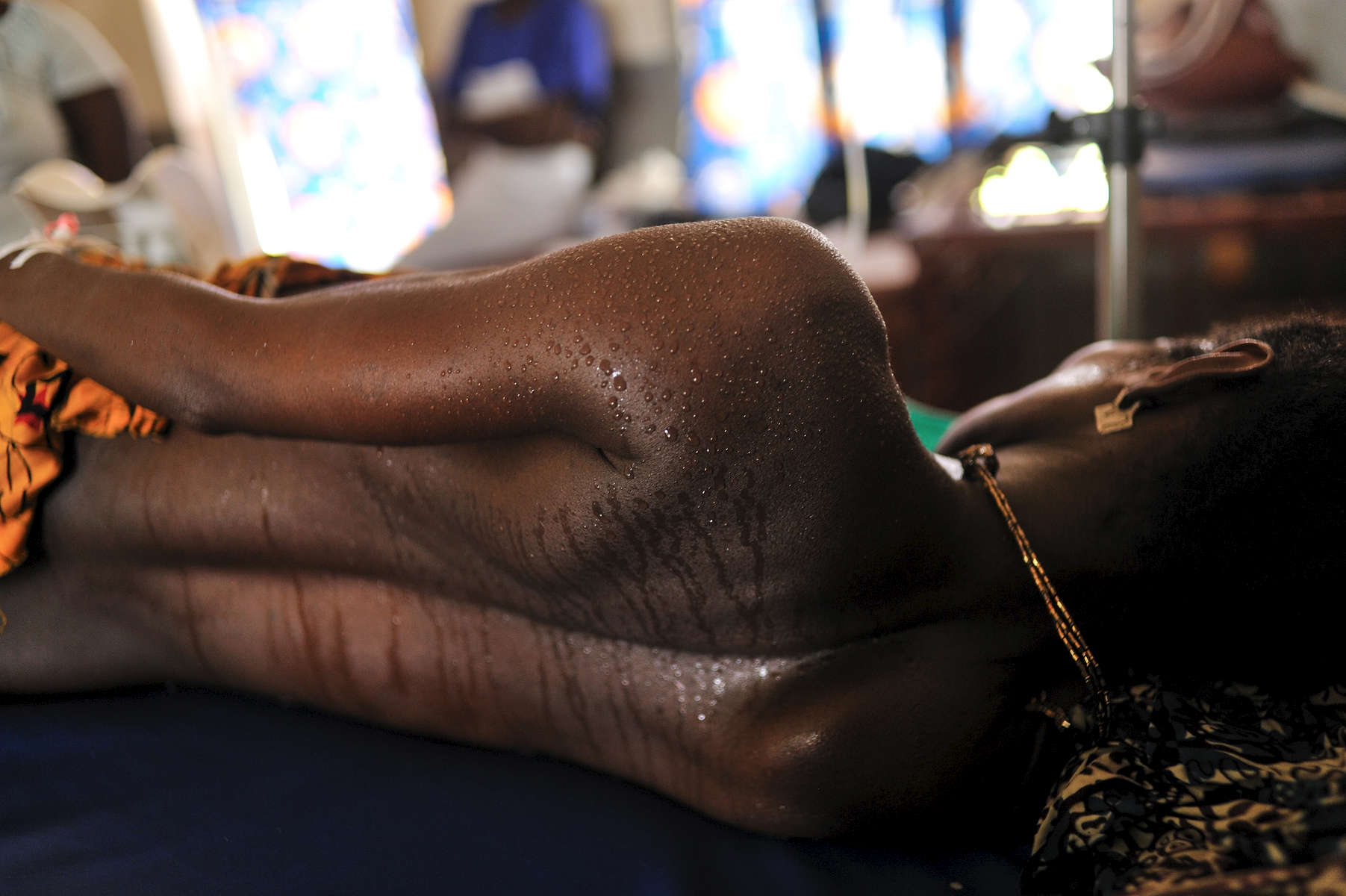 Massa Swaray, 20, screams in pain while in labor with high blood pressure during the delivery of her first baby at the Princess Christian Maternity Hospital in Freetown, Sierra Leone, May 19, 2010.

Mamma Sesay, 18, screams in pain while delivering the second of two twins at the Magburaka Government Hospital. Mamma Sesay delivered the first child yesterday at the Moyorgboh Maternal Child Health post, and then she didn't have labor pains for the second child. After traveling by canoe and ambulance that picked her up from Foindu to the Magburaka Government Hospital, she delivered and had post-partum hemmoraging, and later passed away. her sister, Amenata, who is also a nurse at the hospital, helped her deliver the child. The brother, Santigy Sesay. Women mourning against the wall: Maria Komeh, step mother with blue carf; Marie Yatteh: mother lying in the arms of her step mother; middle: Mariatu Kargbo; Kadai Kadiatu: black and white shirt; Sampa Koroma: with dirt covered; orange and bkac shirt: big sister: Aminateh: crying outside house where body is: 'my sister faught a losing battle' mother, did it really happen?' tongolilli. Sierra Leone has one of the highest rates of maternal mortality in the world, with roughly 1800-2000 maternal deaths per 100,000 live births; an average of 5 women die per day in childbirth. (Credit: Lynsey Addario)