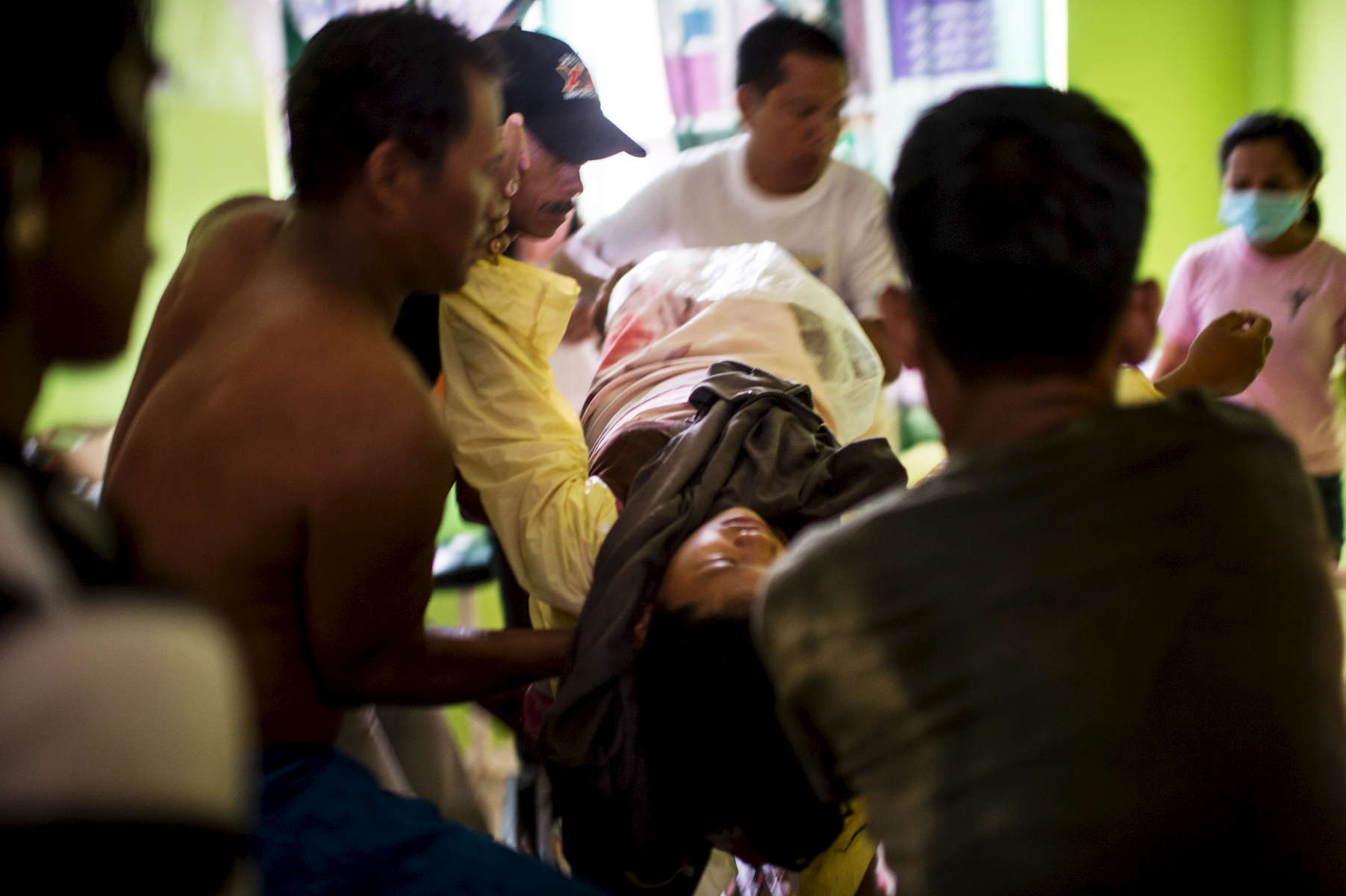 Midwife Norena Malate delivers the baby of Analyn Pleado, 18, as Analyn's husband, Ryan Bacate, 21, looks on on the side of the road en route to the rural health unit in Tolosa, outside of Tacloban, in the Philippines, Januray 11, 2014. During Typhoon Haiyan, the couple's house was destroyed, and they were displaced to a more remote village of Tabon. Analyn feared after the typhoon that she wouldn't find a place to deliver. 'All the clinics and Barangay health stations were destroyed.' She had gone into labor the evening before, but because it was raining, and dark, she waited until the morning to travel by motorcycle with her husband to the nearest clinic with a midwife in Tolosa. A stranger passing by witnessed Analyn in labor on the side of the road, and went to bring the midwife. Typhoon Hayien hit the Philippines on November 8, 2013, and killed some six thousand people, and affected some 14.1 million others, destroying their homes, livelihoods, and displacing families. There are currently over 250,000 pregnant women in the affected area, with much of the medical infrastructure destroyed. (Credit: Lynsey Addario, for Save the Children)