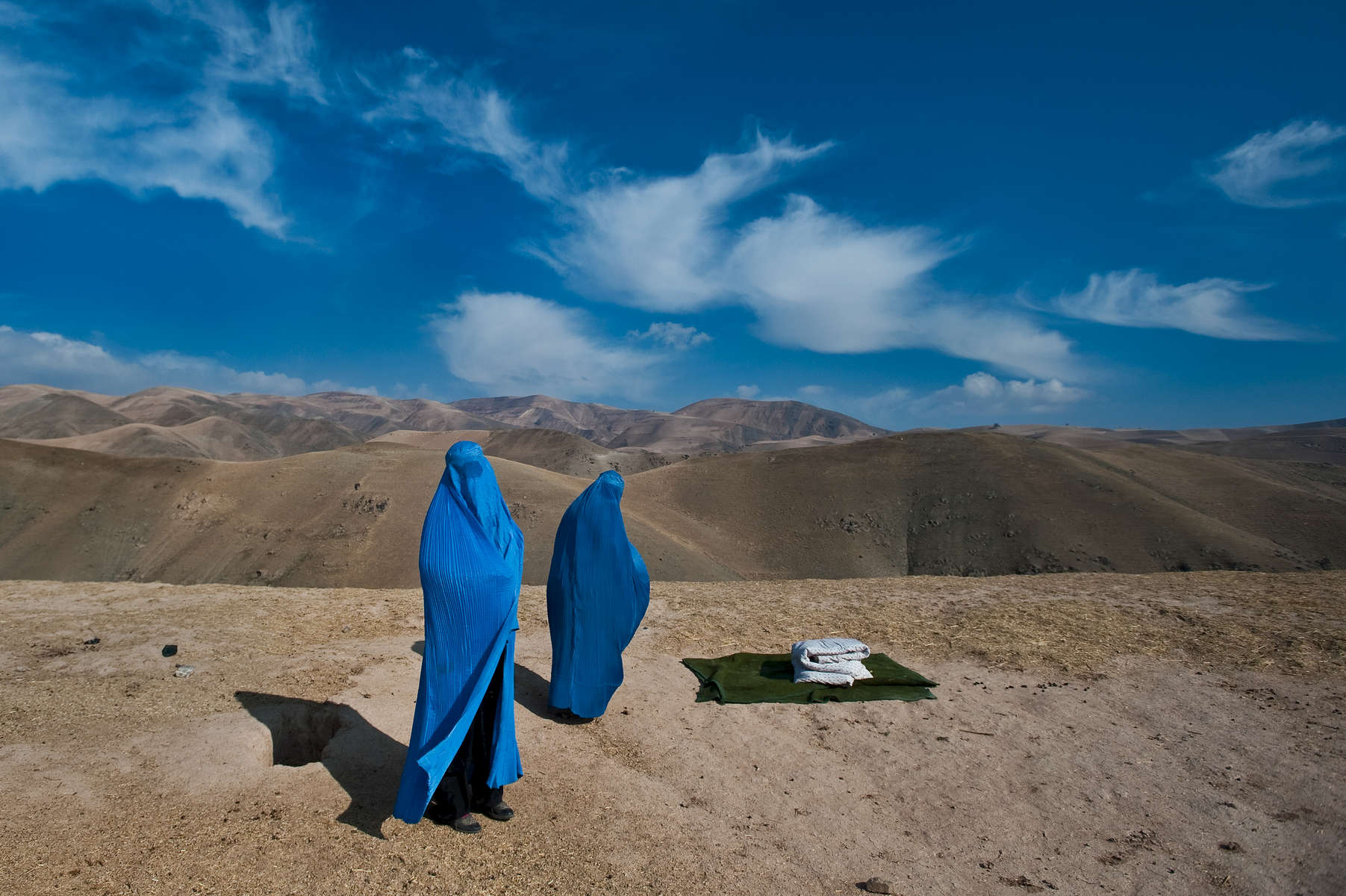 Emergency Obstetrics center, SHAHR BAZORG DISTRICT, BADAKSHAN. night shot: Alima, 24. has lost three babies already, and is pregnant with her fourth. three days ago, she lost a three year old child to dysentery, and she trie to bring him to the hospital, but it was too late. she now has low blood pressure, vomiting, diarrhea. she was less than 15 when she got married and pregnant with her first child. she is now threatened with per-term labor, and is 28 weeks pregnant.

guy walking with sheep in rocky, open terrain: Ghulam Nabi, from the village of sebzi bahar.

two women walking along road in burquas with boy escorting. boy: muhammad hussein, from nadera village, mother: bibi sarah, holding daughter, izatullah, 9 months.other girl is bibi hazizbi, 15 years. mother has last three children to illness because there is no clinic near her home and in the village. they have to talk 2-3 hours for the nearest clinic, which is Furgaham Bobesi clinic.

****two women on side of road, from Weha village, four hours in car to clinic. the father has lost two wives already, and has taken a third wife, half his age. his name is Shir Mohammad, and his wife, in burqua on hill is Noor Nisa, 20. it is her first pregnancy, and her water has just broken and their car broke down on the side of the road. shir mohammad went to look for other transport, and Noor nisa and her mother, Nazer Begam, 40, are waiting transport to the hospital.