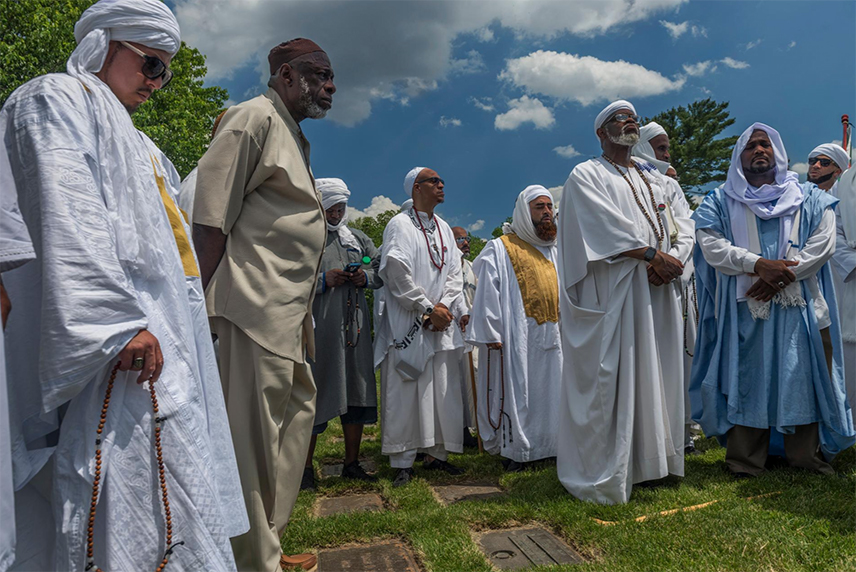 On the anniversary of Malcolm X’s birthday, May 19, Muslims and non-Muslims make a pilgrimage to his grave at Ferncliff Cemetery in Hartsdale, New York, following traditions that evolved in the years after he was assassinated on February 21, 1965. Imam Al-Hajj Talib Abdur-Rashid from the Mosque of Islamic Brotherhood in Harlem presides over a prayer service for Muslims as the elder in the community.