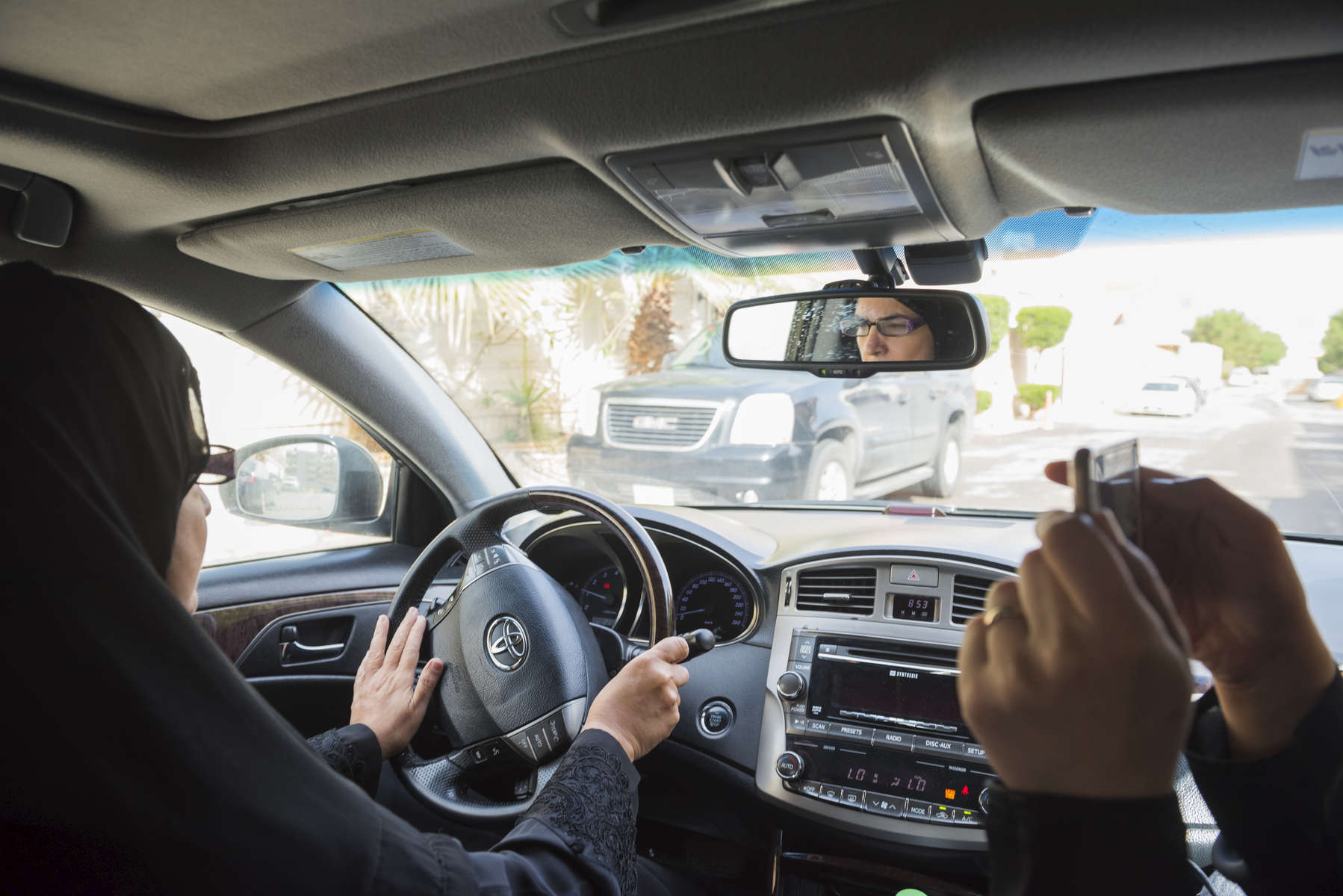 Aziz Yousef drives in Riyadh while Eman Nafjan films her for a driving video for the driving campaign in Riyadh, Saudi Arabia, March 20, 2015. Both women have been arrested and detained for the ongoing campaign against the driving ban for women in Saudi Arabia, and have had to sign official pledges that they will no longer drive. Aziza was born in 1959, and first got her US driving license in Virginia in 1981 where she owns a house and visits often, and most recently got a license in 2013.