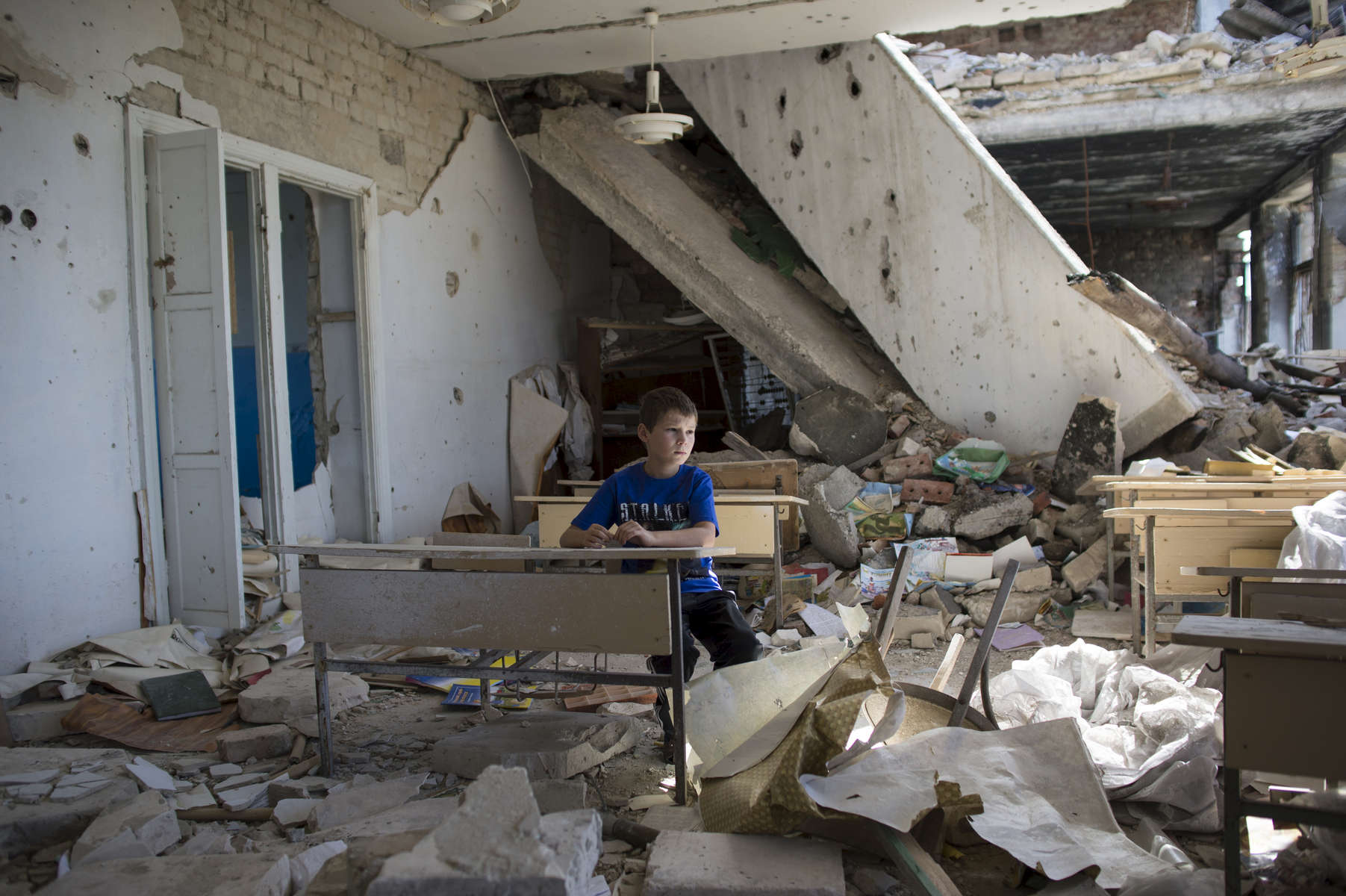 Oleg Teryokhin sits at a desk in one of the classrooms in his former school in Nikishino village, which was destroyed by the east Ukraine war, September 27, 2015, in DNR territory. Nikishino village was far from the sites of early skirmishing and neither side bothered trying to control this small village until it turned out it was on the path of a major Ukrainian offensive begun in July with the goal of encircling Donetsk city, the provincial capital. Using long-range artillery and spotter aircraft to target it, the Ukrainian army was pushing separatists back from one town after another. Galina Teryokhina, Oleg’s mother, said residents didn’t take the war seriously until mid July, 2014. Oleg was playing outside in the afternoon when loud explosions were heard in the sky. Later, some papers with English writing and bits of charred clothes fluttered through the village, and Oleg picked some up. Nikishino village was at the edge of the debris field of the Malaysia Airlines Flight 17, likely shot down by rebels who mistook it for a Ukrainian spotter aircraft.