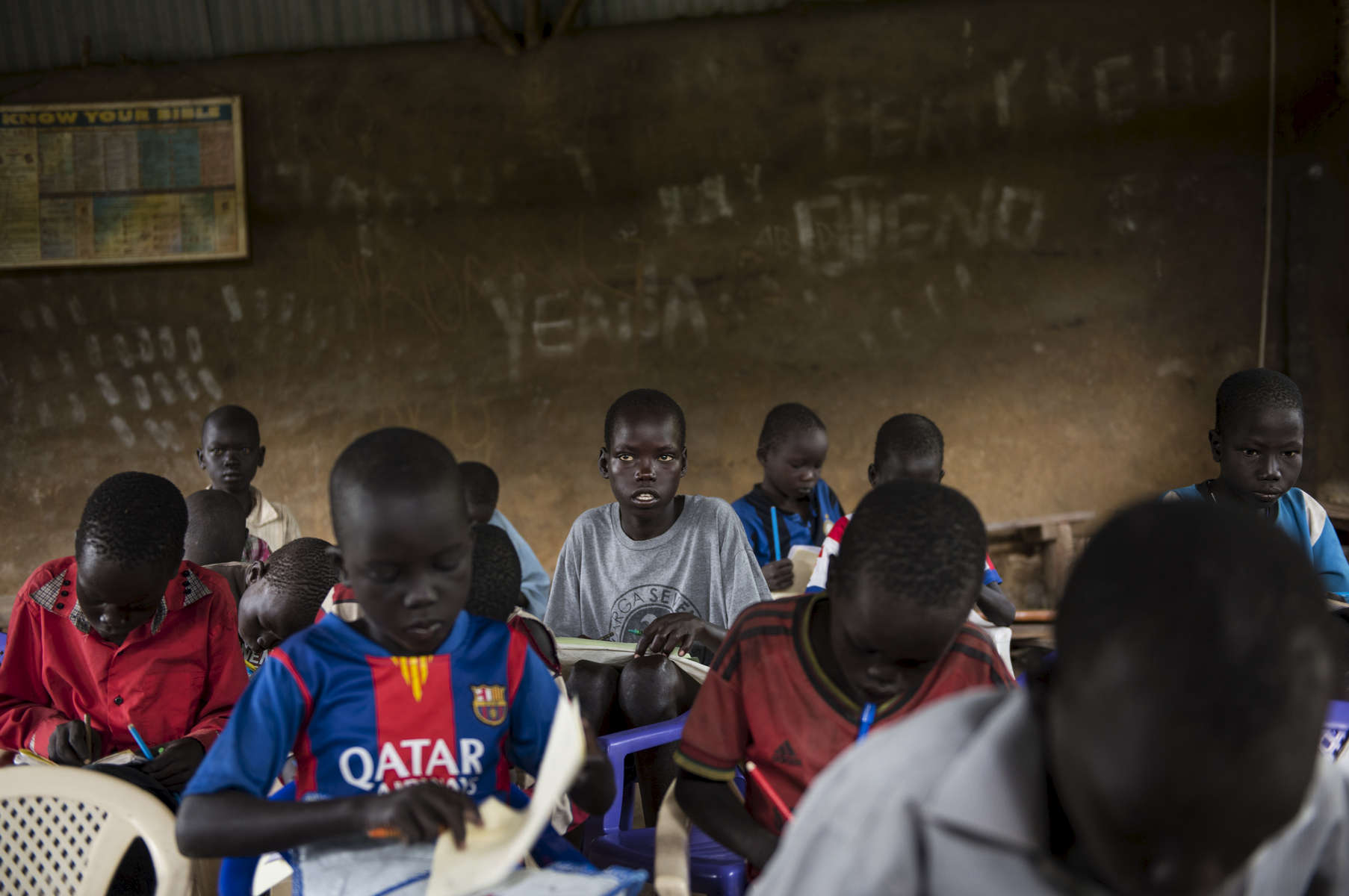 Chuol, 9, from southern Unity State, attends class with other internally displaced children and local villagers in a UNICEF-sponsored Child Friendly Space in Unity State, South Sudan, September 11, 2015. Chuol was chased out of his own village with his grandmother and sister several months ago when it was attacked, and his father and grandfather were burned alive. He, his grandmother, and sister fled to this area, where they are living on the ground of a host family. in South Sudan, September 11, 2015. Thousands of civilians have been killed, and others displaced since fighting between those loyal to President Salva Kiir and those loyal to opposition leader Riek Marchar began again in 2013.