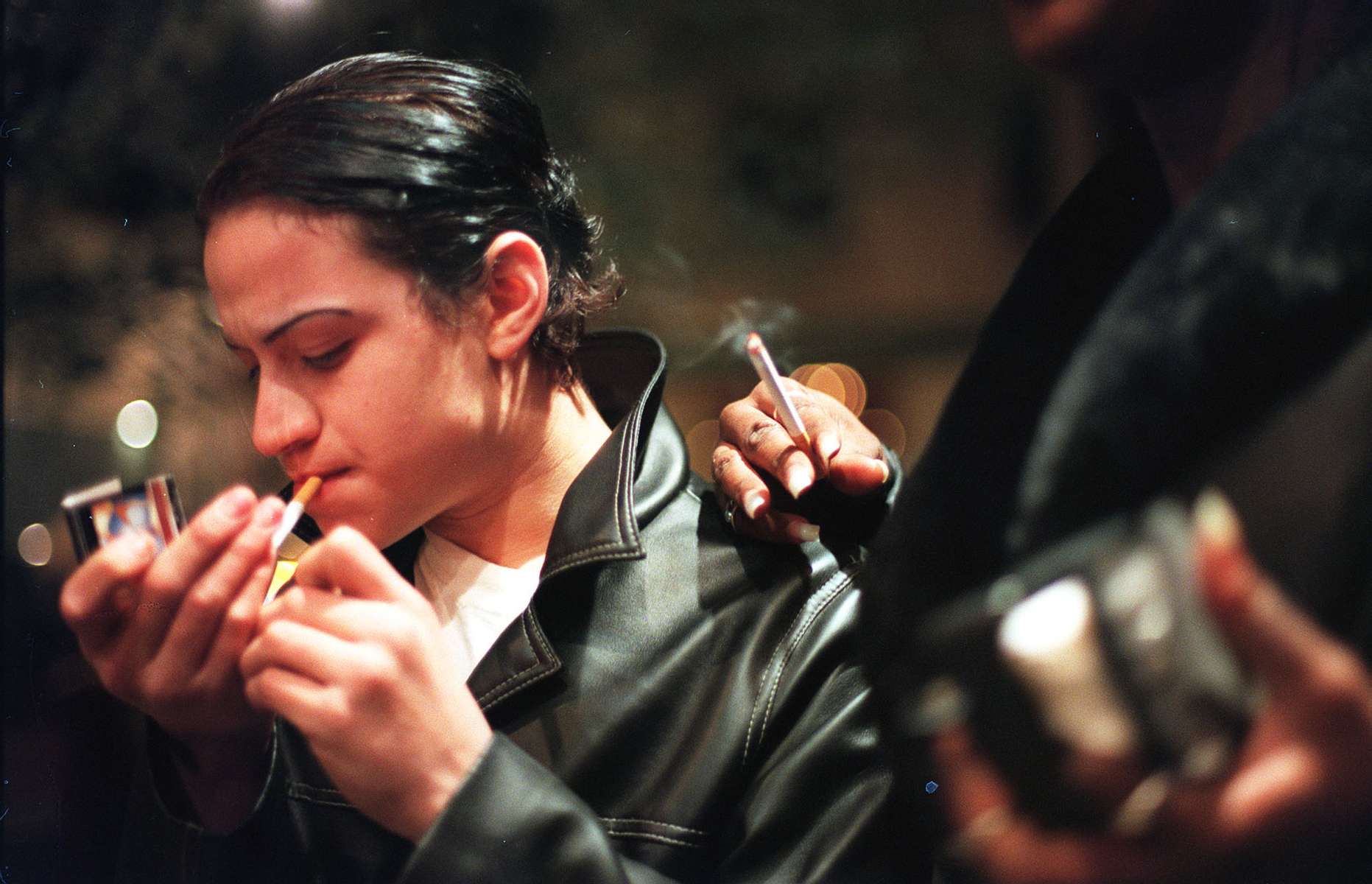 Jamie lights a cigarette while working alongside Aurora in the West Village's Meat-packing district in New York, April 1999. Jamie, at 14 years old, is one of the youngest sex worker and is gradually making the transition from male to female. Though Jamie always slicks his hair and plucks his eyebrows, he still wavers between dressing like a boy and a girl, and is quite influenced by the other trans women in the Village.