War and Revolution in the Middle East: ISIS in Iraq: ISISIRAQ010 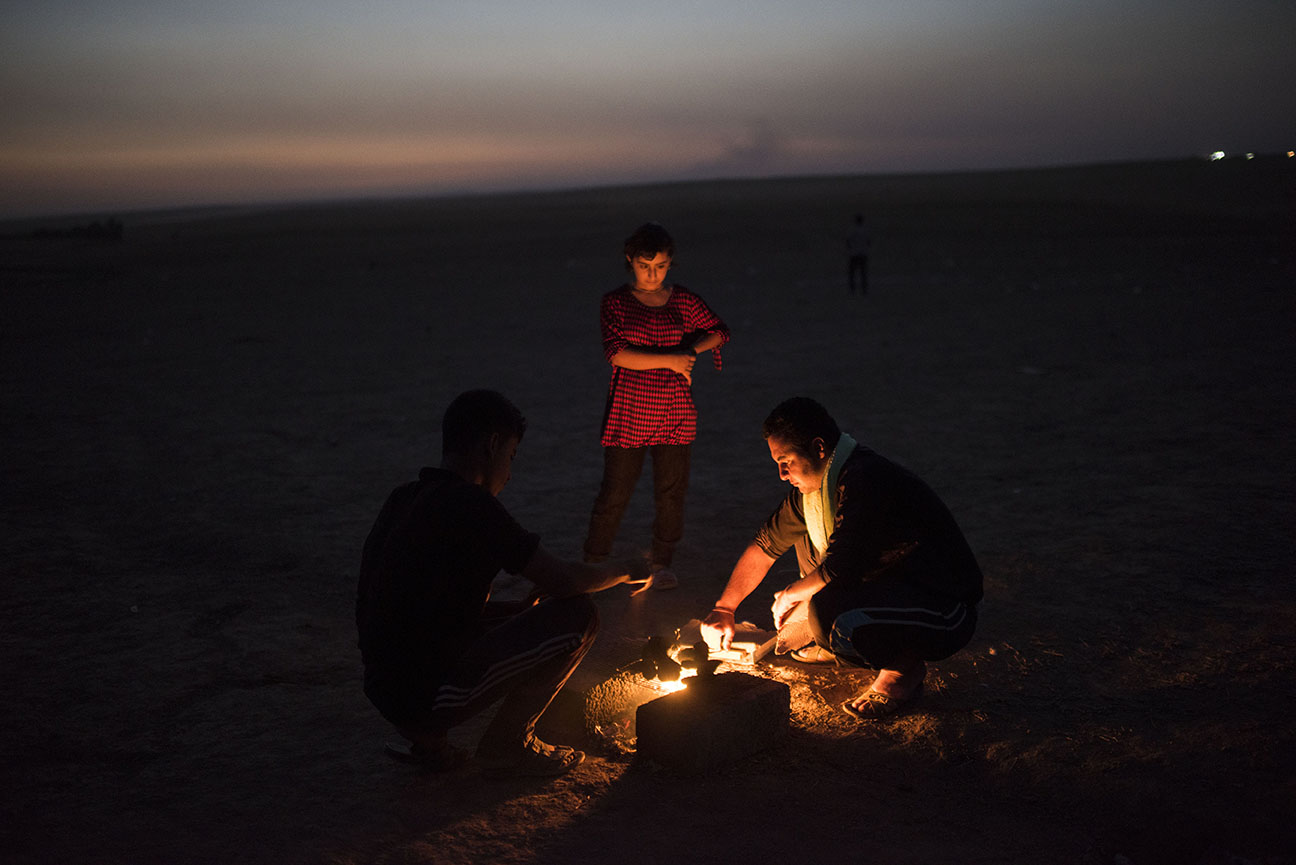 Khadir Elias, 25, makes a fire at dusk along with other Iraqi Yazidis who were displaced from their homes in early August as fighters with the Islamic State swept through their villages live in a makeshift camp at Khanke, in Northern Iraq, August 20, 2014. Elias fled his village of Hardan when ISIS came and arrested roughly 450 people from his village, including 37 relatives from his extended family, alone. Since fighters with the Islamic State started pushing through Iraq and murdering and terrorizing thousands of civilians, almost one million Iraqis have been displaced from their homes across the country.