War and Revolution in the Middle East: ISIS in Iraq: ISISIRAQ016 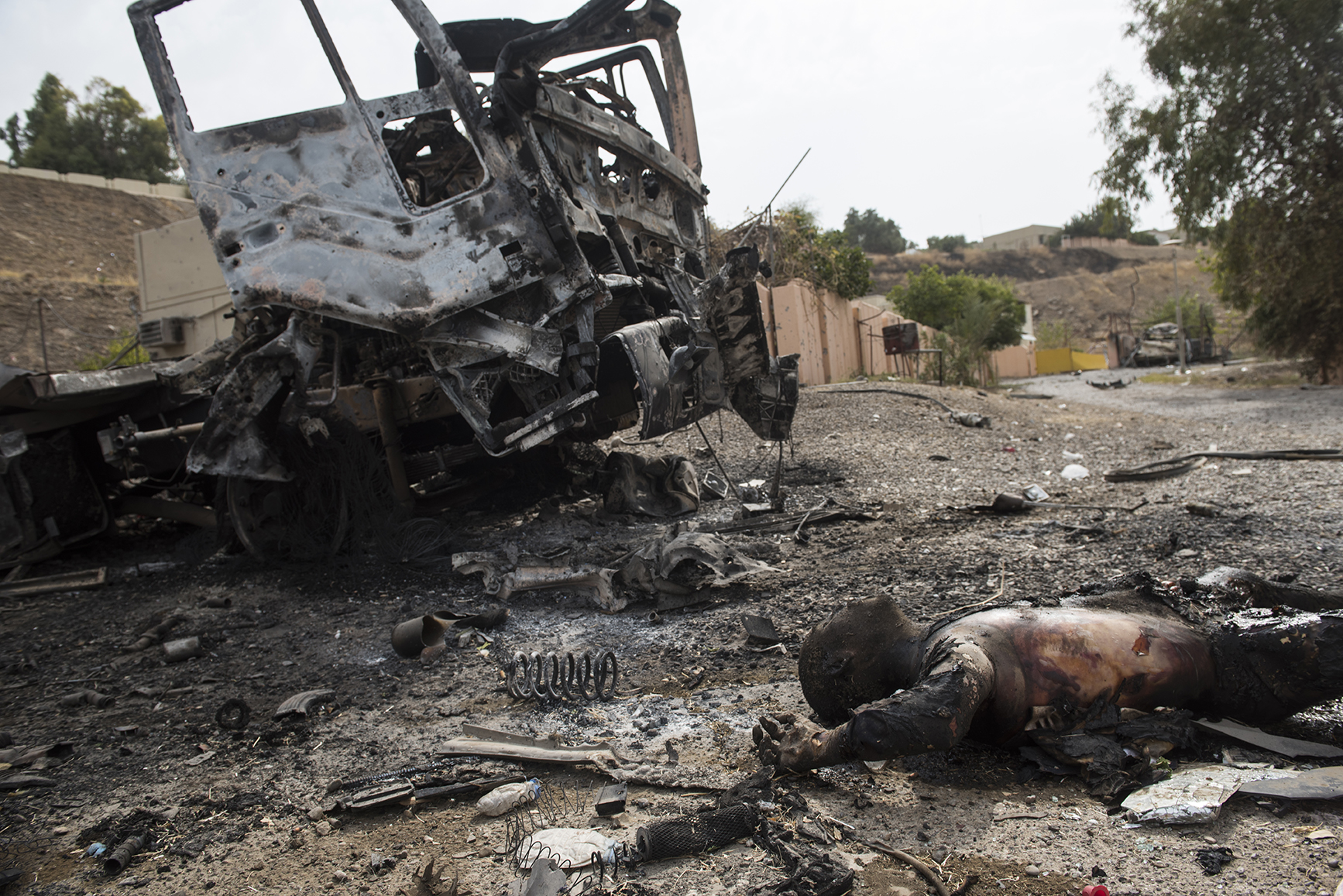 The body of a dead fighter with the Islamic State lies within the Mosel Dam complex the morning after Peshmerga and Iraqi Special forces defeated fighters with the Islamic State and reclaimed the dam in Northern Iraq, August 19, 2014. The American military is helping fight IS with targeted airstrikes on IS positions near the Mosul Dam, and Peshmerga and Iraqi Special Forces are fighting on the ground.