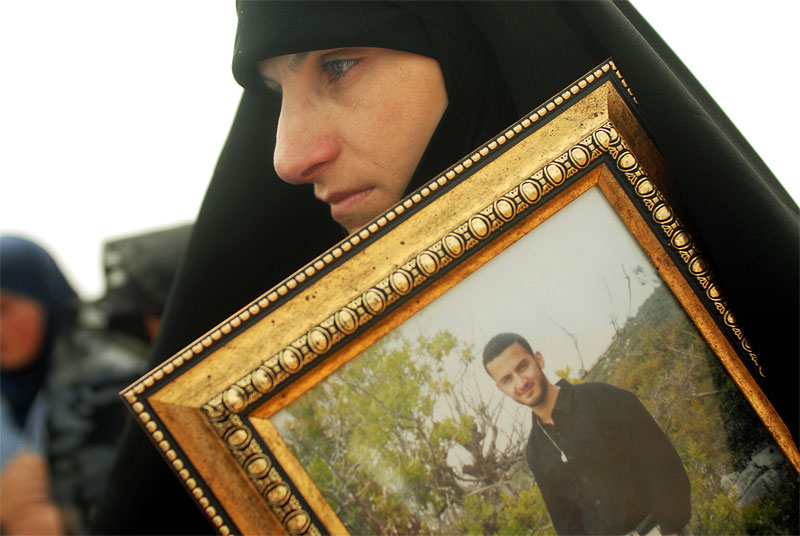 
A Lebanese woman weeps quietly as she holds the photo of a Hezbollah fighter during a funeral for two Hezbollah fighters, a two year old child, and an old man, in the village of Shemaa in Southern Lebanon, August 20, 2006. As burials around the South continue, many villagers are too scared to return to their homes save for a funeral because Israeli troops are still in the area as part of the ceasefire agreement until international troops arrive.