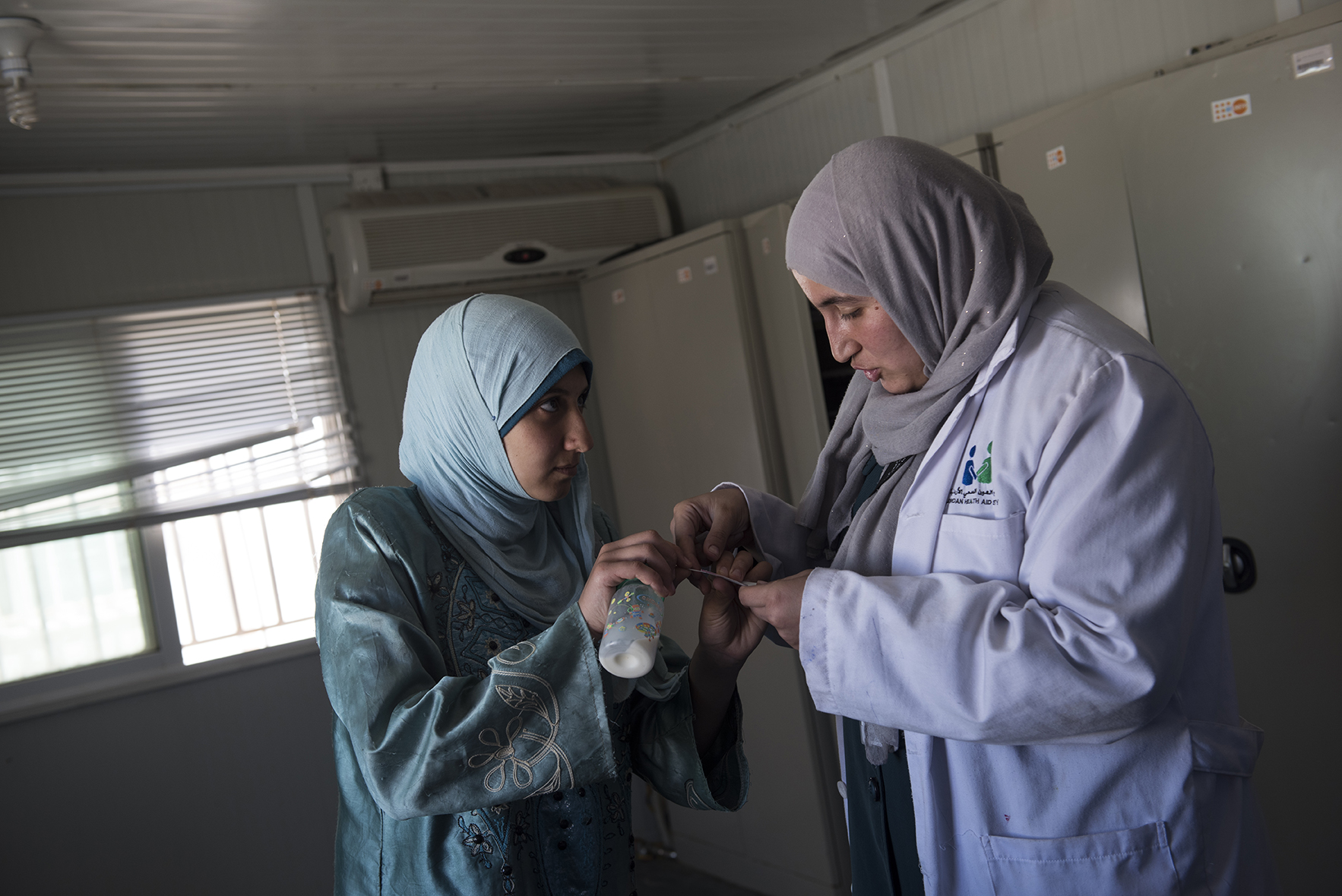 Hana Mufleh Mohammed, 16, a Syrian refugee from Daraa, speaks with midwife Nibal Shiab, 26, as she prepares to do a pregnancy test at a clinic run by JHAS and the United Nations Population Fund at the Zaatari refugee camp in Jordan, August 27, 2014. Hana had complications with her pregnancy: she had pre-eclampsia and seizures, and spent over two weeks in the hospital unconscious after delivering. She now suffers seizures every few weeks, and is hoping to get a referral for a neurologist to diagnose the root of her seizures. While marriage under the age of eighteen was a common Syrian tradition before the start of the civil war, more and more Syrian girls are marrying at a younger age because of the insecurity of the war, because many families feel the girls in their family may be sexually harassed if they are not under the care of a husband, and because of prospect of alleviating the financial burden of one more mouth to feed.