War and Revolution in the Middle East: Syria's Refugees: SYRIAHUMANITARIANADDARIO002 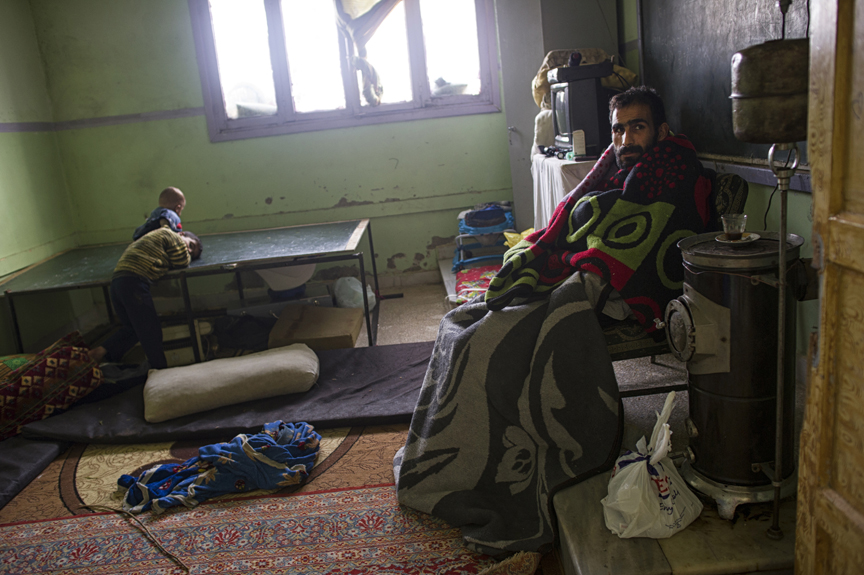 Hussein Mehio, a fighter with the Free Syrian Army who was wounded in battle in Aleppo, sits in the room he is living in with his two wives and children and other displaced people in a school in Soran, in Northern Aleppo Province, February 10, 2013. Members of the town council of many of the villages in northern Aleppo province have been working hard to get the towns up and running again in the midst of the war, though they are struggling with a grave lack of resources. Thousands of Syrian families have been displaced from their homes, and are living in makeshift quarters within Syria, with little aid trickling across the border. Council members try to provide their bakeries with flour to make bread, and are working on providing water, electricity, and other facets of infrastructure, while also ensuring there is education for the children and a piecemeal security force. While parts of Aleppo faces constant fighting between regime forces and the Free Syrian Army, there are villages that are trying to build a town council, and help return life back to some semblance of normalcy amidst the war.