War and Revolution in the Middle East: Syria's Refugees: SYRIAHUMANITARIANADDARIO011 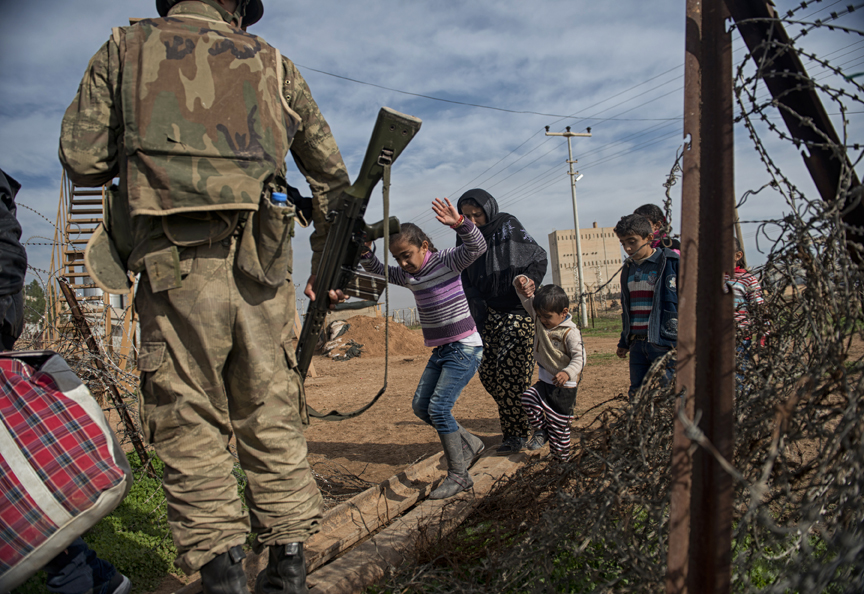 Syrian civilians flee from the village of Ras al-Ayn, Syria after two jets bombed the village, sending people fleeing into neighboring Ceylanpinar, Turkey, December 3, 2012. Not only has Ras al-Ayn been the site of fighting between the Free Syrian Army and Syrian government forces, but it has recently also seen clashes between Syrian Kurds and the Free Syrian Army, causing even more civilians to flee into neighboring Turkey. The clashes between the rebels and Kurds represent a new degree of complexity for the bloody civil war that has already claimed more than 40,000 lives, and could be a foreshadowing of even bloodier fighting to come should Assad’s fall set off a violent struggle for power among the various groups. The fighting also heightens a regional struggle in which the sizable Kurdish minorities of three countries – Iraq, Syria and Turkey – are in open revolt against the established order in a set of conflicts that Kurds hope could eventually lead to an independent nation that would unite the Kurdish populations in Syria, Iraq, Turkey and Iran.