War and Revolution in the Middle East: Syria's Refugees: SYRIAHUMANITARIANADDARIO035 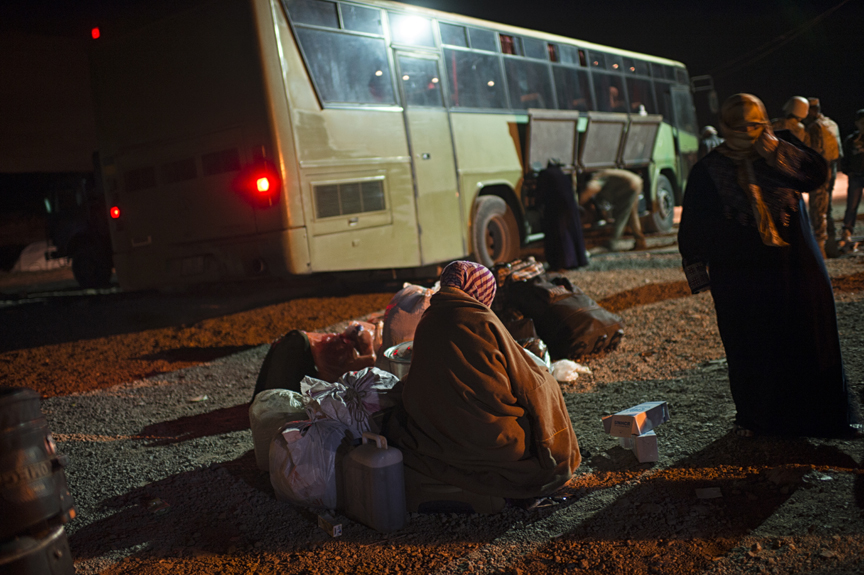 Syrian refugees who had just crossed the border from Syria into Jordan at Jaber are screened by the Jordanians before being loaded onto buses headed for the Zaatari refugee camp in Jordan, April 10, 2013. Thousands of Syrians are crossing into Jordan each day across unofficial border points between the two countries, as Syrians flee ongoing fighting in their country. The United Nations estimates that the number of Syrian refugees is currently over one million, most of whom are living in neighboring countries, straining the resources of host countries.