War and Revolution in the Middle East: Syria's Refugees: webbrides001 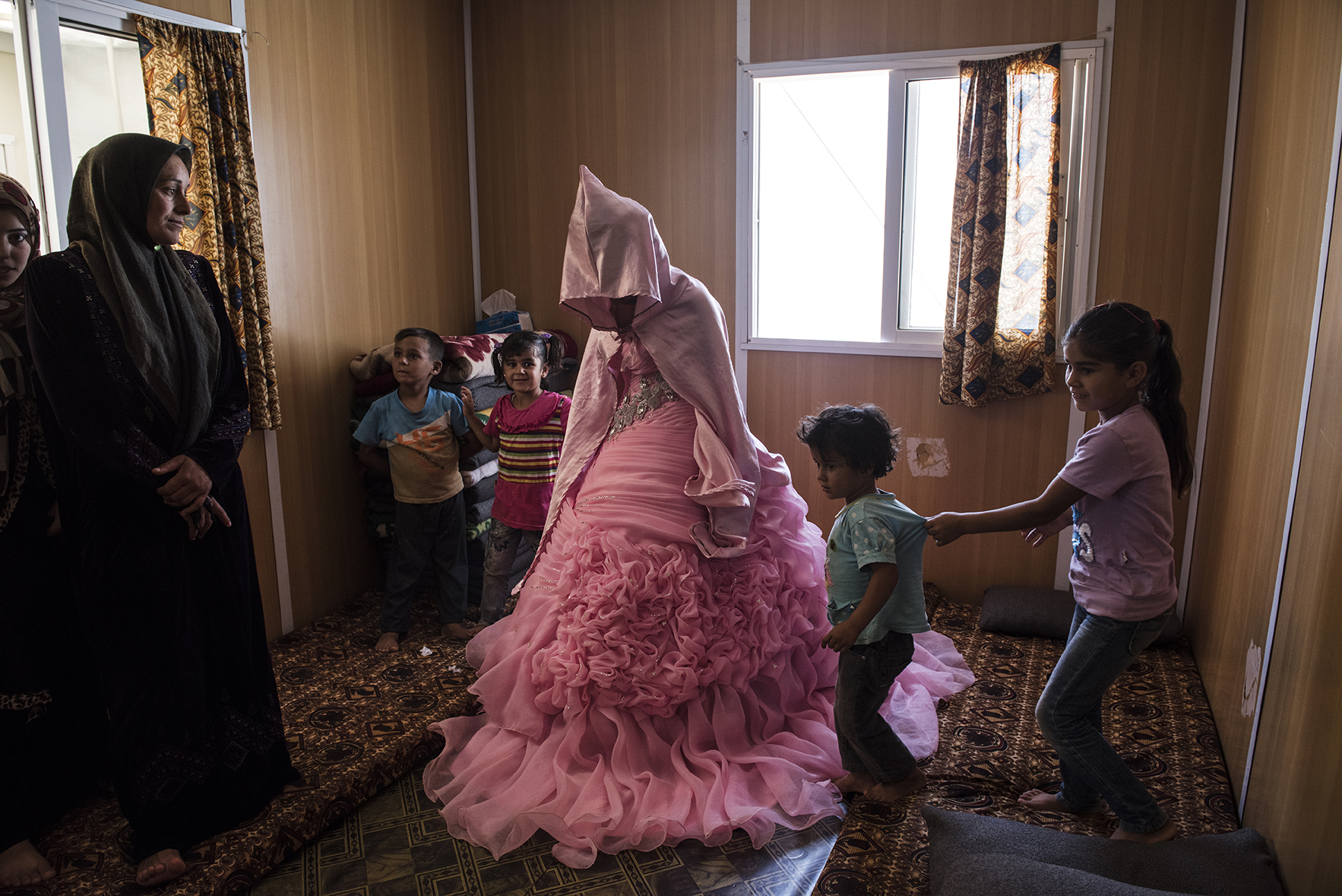 Rahaf Yousef, 13, a Syrian refugee from Daraa, poses for a portrait in her family's trailer as she is surrounded by female relatives on the day of her engagement party at the Zaatari refugee camp in Jordan, August 29, 2014. Rahaf will get married to another Syrian refugee, Mohammed, 18, in about 20 days. While marriage under the age of eighteen was a common Syrian tradition before the start of the civil war, more and more Syrian girls are marrying at a younger age because of the insecurity of the war, because many families feel the girls in their family may be sexually harassed if they are not under the care of a husband, and because of prospect of alleviating the financial burden of one more mouth to feed.