War and Revolution in the Middle East: Syria's Refugees: webbrides004 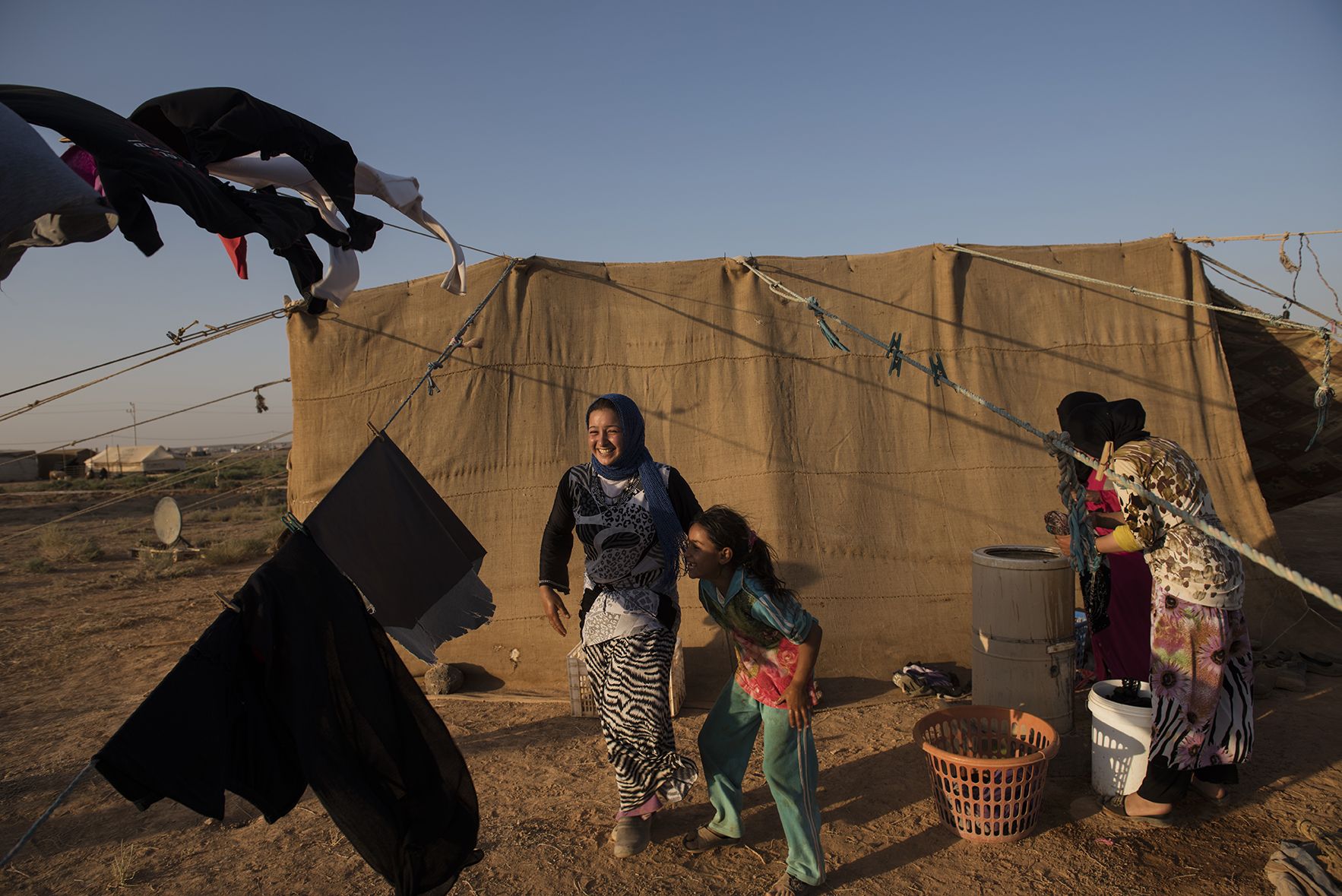 Jazia, 15, a Syrian refugee from Hama, laughs with her little sister as she washes clothes outside of her family's tent in a small camp near Zaatari camp in Jordan, August 26, 2014. Jazia was married when she was fourteen, and divorced after seven months because her husband was physically abusive; she left him for good only a few days prior. Her mother explains that her daughter was too young to get married, but she didn't know any better, and she regrets having married her off. While marriage under the age of eighteen was a common Syrian tradition before the start of the civil war, more and more Syrian girls are marrying at a younger age because of the insecurity of the war, because many families feel the girls in their family may be sexually harassed if they are not under the care of a husband, and because of prospect of alleviating the financial burden of one more mouth to feed.