War and Revolution in the Middle East: Unrest in Libya: ADDARIOLIBYA_18 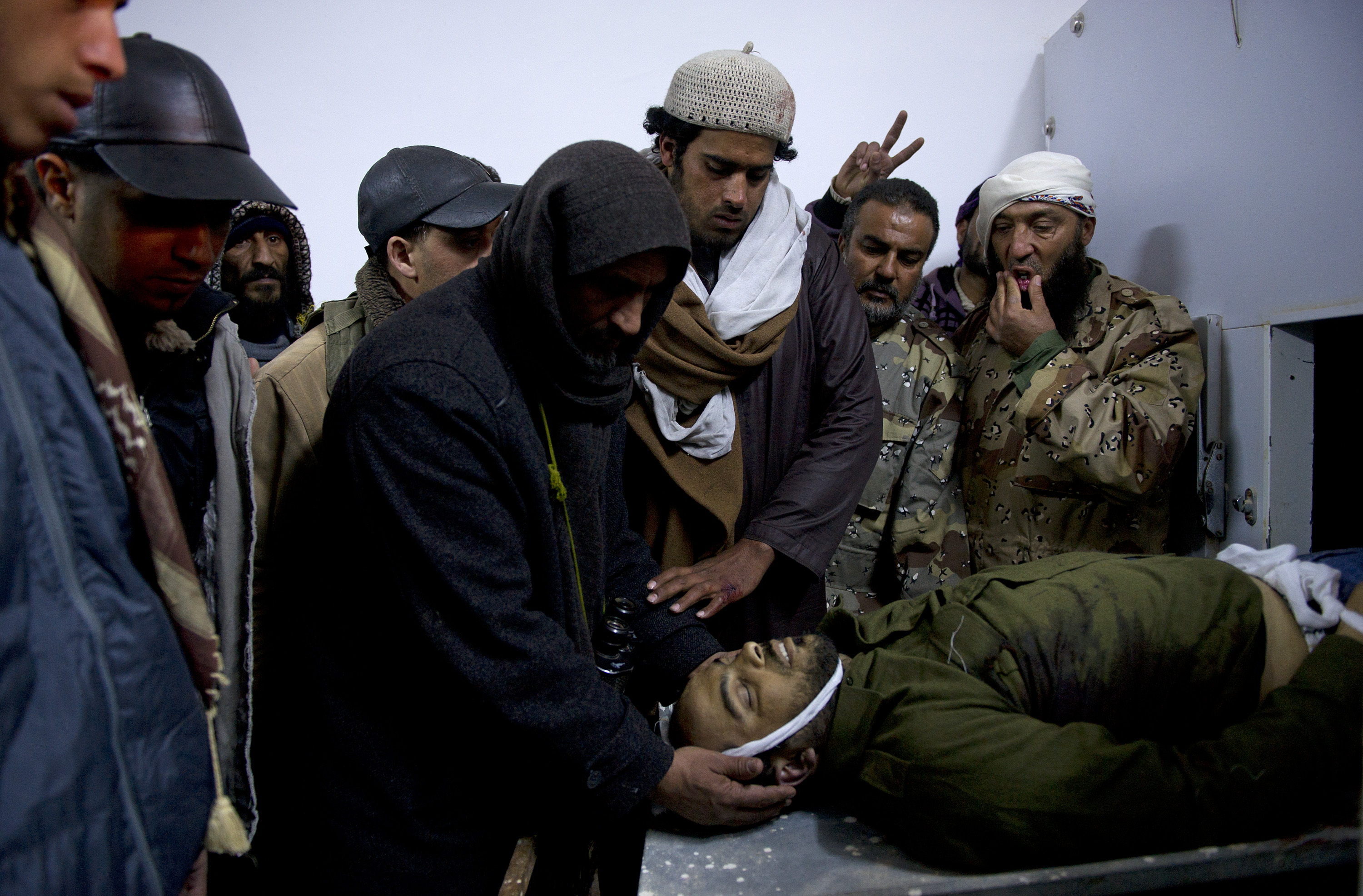 Opposition troops stand over the dead body of a fighter in the morgue at the Brega Medical Clinic after a day of heavy fighting, in which government troops pushed rebels back east from Ras Lanuf, in Eastern Libya, March 11, 2011. Qaddafi's troops have been advancing East, and re-taking territory that had previously fallen to the rebels, as they batter the rebels with artillery and air strikes.